There is an explanation that people prefer to occupy parts of the planet with more suitable farming conditions. To support life on this planet, cultivating our own food is completely necessary. Regions with the best soil and environment are the most heavily populated.

But as space exploration progresses and Mars' red plains get closer to reality, increasing food may be a problem on the barren planet. Luckily, the solution was discovered by scientists in Japan: urine. 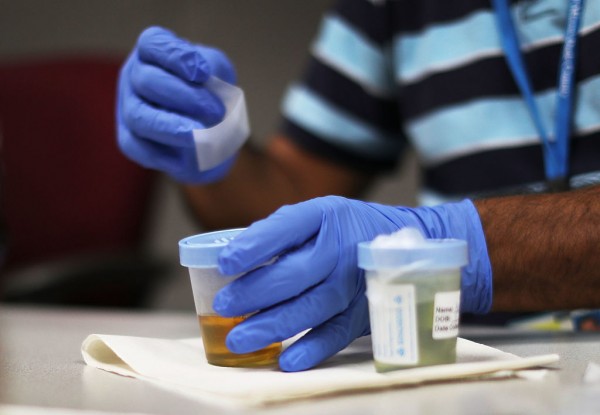 (Photo: Joe Raedle/Getty Images)
MIAMI BEACH, FL - SEPTEMBER 13: A Florida Department of Health worker packages up a urine sample to be tested for the Zika virus

The achievement of certain independence to allow confined colonies to thrive even during a disastrous breakdown of supply is one of the key challenges facing every planned long-term settlement, whether in the Antarctic or on Mars. Securing food supply and self-sustenance are the secret to establishing this freedom.

Therefore, space farming technology is one of the study points now being pursued by the Space Colony Research Center at the University of Science of Tokyo. To support humans for long periods in an incredibly closed setting such as space stations, researchers need to spearhead scientific advancement for healthy and sustainable space agriculture.

Researchers from the Tokyo University of Science has performed a groundbreaking analysis to help solve this issue. Associate Professor Norihiro Suzuki and his team tackled food development in closed areas, such as space stations.

Researchers sent a letter to the respected New Journal of Chemistry of the Royal Society of Chemistry and made it on the front page.

How urine can help plants

Growers have used livestock waste as a fertilizer as a rich supply of nitrogen for thousands of years. Hence, the Japanese researchers explored the prospect of producing a liquid fertilizer from urea (urine's key component). This will resolve the issue of the handling or disposal of human waste in space concurrently.

Dr. Suzuki said they made a "fascinating" process because it uses this piece of equipment at room temperature under atmospheric pressure to make a useful item from urine and other waste products.

The study team invented an 'electrochemical method to extract ammonium ions from an artificial urine sample (commonly used in normal fertilizers). They made a simple experimental setup. There was a 'reaction' cell on the one hand, with a photocatalyst content and BDD (boron-doped diamond) electrode.

Meanwhile, there was a certain platinum electrode 'counter' cell. Urea was oxidized when the current was transferred into the reaction cell, producing ammonium ions.

Dr. Suzuki said he plans to execute the procedure with live urine samples since it includes phosphorus, nitrogen, potassium, and sulfur, calcium, and magnesium.

The team is confident that this approach offers a solid base in closed areas to process liquid fertilizer. Humans living on Mars could still be quite a remote reality. Pioneers hope that long before we eventually get there, we may be on the road to achieving survival in space.