Plastics Are Now Leaching With More Than 100 Hazardous Chemicals

Do you want to hear more bad news about plastics? A scientific report released this month claim that the plastics we typically use contain and leach dangerous chemicals. These include those that endanger human health, including the endocrine system of the body.

Jodi Flaws of the University of Illinois at Urbana-Champaign, the lead author of the study, said in a statement that several of the plastics we use at home and work every day expose us to a toxic mixture of endocrine-disrupting chemicals,

Endocrine Society, which co-created the study, said the endocrine system is a collection of glands that generate and discharge hormones the body uses for a wide variety of functions. Many body functions, including respiration, replication, sensory perception, formation, activity, and sexual development, are regulated by hormones. 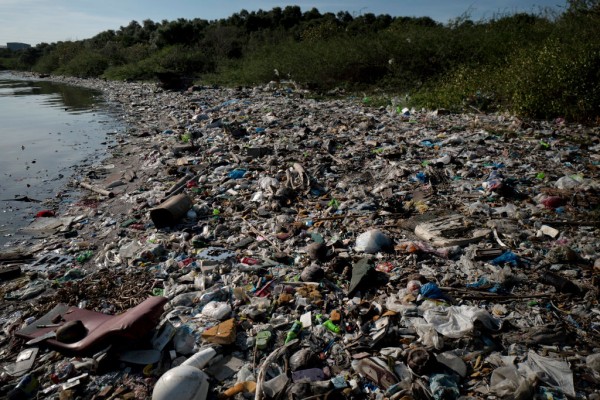 (Photo: Jes Aznar/Getty Images)
MANILA, PHILIPPINES - APRIL 18: Plastic wastes fill a beach on April 18, 2018, in Manila, Philippines. The Philippines has been ranked third on the list of the world's top-five plastic polluter into the ocean, after China and Indonesia, while reports show that almost half of the global plastic garbage come from developing countries, including Vietnam and Thailand.

According to the study, endocrine-disrupting chemicals (EDCs) imitate, inhibit, or interact with certain hormones, which was focused on hundreds of tests. EDCs are more than 1,000 processed chemicals in operation.

These chemicals may cause asthma, cancer, reproductive disabilities, and neurological impairments among fetuses and children. According to the study, there are direct cause-and-effect ties between harmful chemical additives in plastics and particular health effects on the endocrine system.

Plastics become more pliable or strong, antimicrobial, fire-resistant, UV-resistant, or just more colorful because of these add-ons. By leaching into oils, livestock, and the climate, all of these chemicals disrupt hormone processes in humans and livestock, the study states.

EDC pollution isn't only a problem

According to study co-author Pauliina Damdimopoulou of the Karolinska Institute in Stockholm, Sweden, endocrine-disrupting chemical pollution is not only a global problem today.

Damdimopoulou said that when a pregnant mother is exposed to plastics, EDCs will influence her child and future grandchildren's wellbeing. She added that animal experiments indicate that EDCs may trigger DNA shifts that have consequences for many generations.

Considering the dramatic development forecasts of the sector, the study states the need for public policies to safeguard people's health from EDCs in plastics is all the more urgent.

Each year, hundreds of millions of metric tons of plastic are made.

Pamela Miller, the Foreign Contaminants Removal Network co-chair, said this study clarifies that the current acceleration in plastic development is expected to rise by 30 percent-36 percent over the next six years, dramatically intensify EDC exposure and increase global rates of endocrine diseases.

Miller said it is necessary to provide global strategies to minimize and remove plastic EDCs and reduce emissions from plastic recycling, hazardous wastes, and incineration.

The International Pollutants Elimination Network with the Endocrine Society produced the paper.