Researchers from Nanyang Technological University, Singapore, have recently developed a new approach to cure adhesives with a magnetic field.

Conventional glues such as epoxy used to bond ceramics, wood, and plastic are usually designed to cure using moisture, light, or heat.

They frequently need specific curing temperatures that range from room temperature up to a maximum of 80 degrees Celsius.

As indicated in the study, the curing process is essential to cross-link and bond the adhesive with the two secured surfaces. The adhesive crystallizes and hardens to attain its final strength. 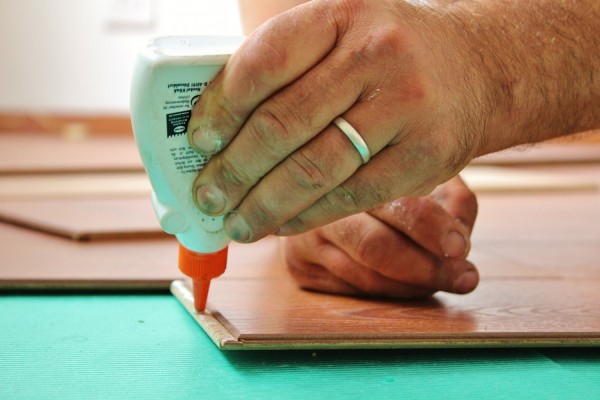 A Phys.org article specified that NTU Singapore's new 'magnetocuring' glue could cure "by passing it through a magnetic field."

This is quite helpful in some environmental conditions where presently available adhesives are not effectively working.

More so, when the glue is sandwiched between insulating material like wood or rubber, conventional activators like heat, air, or light cannot easily reach the glue.

Products like helmets, composite bike frames, and golf clubs are presently made using two-part epoxy glues, where a resin and hardener are combined, and the reaction begins immediately.

For carbon fiber manufacturers, thin ribbons of carbon bonded together per layer, and sports equipment makers involving carbon fibers, their factories use a large, high-temperature oven for the curing of epoxy glues for so many hours. Such an energy-intensive curing process is the primary reason why the cost of high fiber is high.

No Need Combine with a Hardener

This new gluing approach is made by a combination of the usual commercially available epoxy glue with specially made magnetic nanoparticles the NTU scientists developed.

Unlike the two-component gules composed of two liquids that need to be mixed before usage, this new invention does not need to be mixed with any accelerator or hardener, making it simpler to manufacture and use.

The 'magnetocuring' glue bonds the materials when it is stimulated by passing through a magnetic field, which is easily produced by a small electromagnetic device. More so, the new mechanism utilizes less energy compared to the large conventional oven.

How this New Invention Works

Essentially, this newly-developed glue is made of two main components: an epoxy adhesive that's commercially available and cured through heat; and oxide nanoparticles made from a mixture that includes manganese, zinc, and iron or MnxZn1-xFe2O4.

The said nanoparticles are made to heat up when electromagnetic energy is passed through them, stimulating the curing process.

The highest temperature and heating rate can be regulated by these special nanoparticles, getting rid of overheating and the formation of hotspots.

Minus the need for huge industrial ovens, the stimulation of the adhesive comprises a smaller footprint in space and energy consumption terms.

The energy efficiency, as well as the curing process, is critical for green manufacturing where products are developed at lower temperatures and use less energy for both cooling and heating.

For example, sports shoe manufacturers frequently have a hard time heating the glues in-between the shoes' rubber soles and upper-half part since rubber known for its being a heat insulator and resists transmission of heat to the conventional epoxy adhesive. One needs an oven to heat the shoe over a long period before the heat reaches the adhesive.

Check out more news and information on Adhesives in Science Times.