Upcycling Instead of Recycling: Turning Plastic Bags Into Adhesives

While many cities and eight states in the United States have prohibited single-use plastics and bags, polyethylene packaging still clog landfills and cause pollution in rivers and oceans.

One of the major problems faced with recycling polyethylene, which comprises a third of all plastic productions globally, is economic.

Meaning, recycled bags are ending up in low-value products like decks and construction materials, offering a minimal incentive for the waste to be reused.

In connection to this, Phys.org reported, a new chemical method developed at the University of California, Berkeley, transforms polyethylene plastic "into a strong and more valuable adhesive and could change that calculus." 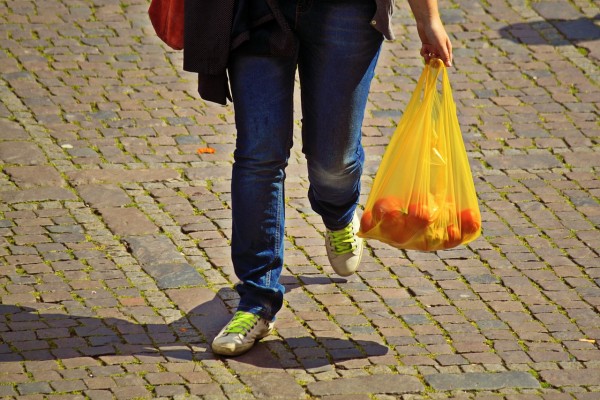 (Photo : Pixabay)
For the majority of plastics, recycling would mean chopping it up and shaping it into generic products, in the process mixing a lot of properties meticulously engineered into the original plastic, like ‘pliability and ease of processing.’

Vision for the Conversion

According to the Henry Rapoport Chair in Organic Chemistry at UC Berkeley, John Hartwig, the vision for this conversion is that one would "take a plastic bag that's of no value."

Then, instead of throwing it away, where it usually ends up in a landfill, it would then be turned into something of high value.

Hartwig, who's also the research team leader, added that one could not take all recycled plastics. Specifically, hundreds of billions of pounds of polyethylene are produced every year.

For the majority of plastics, recycling would mean chopping it up and shaping it into generic products, in the process mixing a lot of properties meticulously engineered into the original plastic, like "pliability and ease of processing.

Looking for Ways to 'Upcycle'

The study authors, as well as the plastic industry, to make recycling more striking, have looked for ways to "upcycle." This means to convert recycled plastic into something more priceless and longer-lived.

This particular chemical process that Hartwig and his colleagues developed keeps many of the polyethylene's properties. However, it adds a group of chemicals to the polymer that makes it stick to metal. This is something that polyethylene typically does poorly.

In connection to this, the team presented that the altered polyethylene can even be painted using water-based latex. Then, latex easily peels off typical low-density polyethylene, also known as LDPE.

The study describing the said process is published online in the Chem on December 17 and will be part of the journal's January printed edition.

Co-author Phillip Messersmith, the co-author and Class of 1941 Professor in UC Berkeley's bioengineering and materials science and engineering departments, said they are able to enhance adhesion while they preserved all other characteristics of polyethylene that the industry is finding so helpful.

The so-called processability, "thermal stability and mechanical properties," Messersmith added, appear to be undamaged when adhesion is being enhanced. "That's tricky to do," he explained, adding, it is really "where we have some exciting things to show."

Furthermore, while the process is not cost-effective for industrial use yet, Hartwig believes it can still be enhanced and could be the starting point for adding more properties other than stickiness.

Lastly, the success suggests, too, that the catalysts could be effective with other plastic types like the polypropylene found in recycled plastic bottles to yield higher-value products that are cost-efficiently attractive.

Check out more news and information on Recycling in Science Times.