A biologist and inventor from Peru who converted wind into water has been named the recipient of an annual UN environmental prize.

In order to provide water for poor populations impacted by climate change in Peru, Max Hidalgo has modified a wind turbine to condense air vapors.

The technology he has built will provide a village of a hundred citizens with the water they need to live at the cost of $70,000 a unit; it is projected that it will cost up to $1 million to set up a piped supply to the same population.

Max Hidalgo is one of seven innovators recognized by the United Nations Climate Programme as Young Champions of the World for 2020.

In an interview with Xinhua, the entrepreneur remembered that it was at the university at the end of 2015 that they were advised to carry out a water analysis for tankers in the Chosica community of Lima, Peru.

He said they were shocked that the water was three times polluted by the permissible level for human use when they did the examination. He was alarmed, Max said, and that's when the thought originated from being able to deliver water to neighborhoods.

Yawa already has two presentations, one identified as Yawa-Forest, which is intended to help agricultural farmers, after more than four years of initiating the production of technology; and 'Yawa-Community,' intended to provide water for human consumption.

While the first is done and has copies for delivery already; the second needs to be tuned just a little: to add a filter, a sensor, and software that enables the consistency of the water to be tracked to ensure that it is safe for human use, taking into consideration the area where the technology is based.

The main thing is that we can track the level of water through a sensor and obtain that information constantly to have it in our database and launch a warning to the city so that you can adjust the filter and continue to enjoy acceptable water quality.

Yawa's two presentations (Forest and Community) can be bought in three models and is limited to collect 50, 150, or 300 liters of water each day. 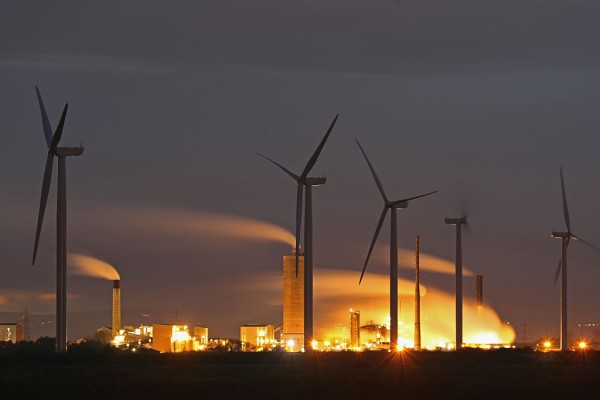 Yawa, a corporation consisting of a multidisciplinary team, introduced a circular economy. The products from which it is made are metallic parts that can be quickly substituted and recycled to be safe for the earth.

The winner of the United Nations program explained that after visiting communities with little wind flow due to their geography, he wanted to build "a hybrid system that could fuse wind and solar, or wind energy supplemented by the electricity grid."

In this way, Max told them that they intend to guarantee natural redress to all the populations that require it, so they take advantage of the ambient humidity available in all regions of the earth.

"In addition, through the turning handle, we also take advantage of the fog that may be in certain places also to capture the water," he said.

According to Max Hidalgo, this concept is intended to help all, particularly the more than 7 million Peruvians who do not have access to water.

Now, with the award provided by the PNMA, it aims to allow Yawa to have an even greater national and foreign projection and therefore be able to "connect with different organizations, work together and bring this vital resource, water," to the different communities.

The 2020 Young Earth Champions award would enable young scientists to continue to bring Yawa technologies into operation in more countries, Max said. He said the next century would provide us with a means of financing and make it possible to make this technology known worldwide.