2020: The Deadliest Year in US History Due to the COVID-19 Pandemic 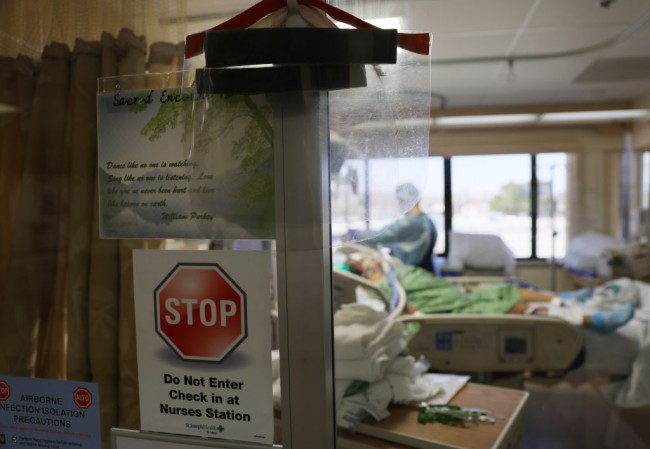 (Photo : Mario Tama/Getty Images) A clinician cares for a COVID-19 patient in the Intensive Care Unit (ICU) at Providence St. Mary Medical Center amid a surge in COVID-19 patients in Southern California on December 23, 2020 in Apple Valley, California.

2020 is the deadliest year in the history of the United States, with deaths expected to exceed three million for the first time, mainly because of the COVID-19 pandemic

According to NBC News, final mortality data for this year won't be available for months. However, initial figures suggest that the US is on track to see over 3.2 million deaths in 2020, or at roughly "400,000 more than in 2019."

Fatalities in the US increase most years. Therefore, an annual increase in mortalities is expected. However, numbers in 2020 amounts to an increase of 15 percent and could rise higher once all fatalities from this month are counted.

This increase, the said report specified, would mark the "largest single-year percentage leap since 1918," when World War I claimed the lives of tens of thousands of US soldiers, not to mention the hundreds of thousands of Americans who died because of a flu pandemic. During that year, deaths rose 46 percent, compared to 1917. 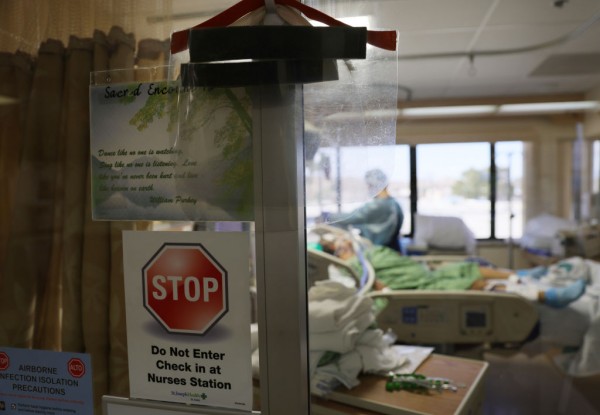 (Photo : Mario Tama/Getty Images)
A clinician cares for a COVID-19 patient in the Intensive Care Unit (ICU) at Providence St. Mary Medical Center amid a surge in COVID-19 patients in Southern California on December 23, 2020 in Apple Valley, California.

Life Expectancy Before the Pandemic

To date, COVID-19 has killed over 340,000 Americans and the number continues to rise. Before the pandemic occurred, CBS News also said that "there was reason to be hopeful" about death trends in the US.

Based on death certificate data that the Centers for Disease Control and Prevention issued, the country's mortality rate dropped slightly in 2019 because of decreases in heart ailment and cancer fatalities. Meanwhile, life expectancy increased a bit, by a couple of weeks, for the second straight year.

According to the CDC's Robert Anderson, life expectancy for 2020 could result in declining as much as "three full years."

Despite the high rise, this mortality rate report can be considered fairly good news. Deaths typically increase between 20,000 and 50,000 per year, mainly because of the aging of the nation and population growth.

The CDC reported that the age-adjusted mortality rate declined by about one percent in 2019, and life expectancy went up by roughly six weeks to 78.8 years.

Indeed, the age-adjusted death rate dropped about 1 percent in 2019, and life expectancy rose by about six weeks to 78.8 years, the CDC reported.

Anderson, who's overseeing the CDC mortality statistics said, it was indeed "a pretty good year for mortality as things go."

The COVID-19 pandemic has been a major driver of fatalities in 2020, both directly and indirectly, this NBC News report said.

COVID-19 was first detected in China in 2019, and the first cases in the US were reported in 2020. However, it has become the third leading cause of death, with cardiovascular disease and cancer on top of it. For some periods in 2020, the pandemic was found to be the No. 1 killer.

Mortality rate data for the whole year remains unavailable. However, the other week, the CDC was able to report over 81,000 drug overdose "deaths in the 12 months ending in May," making it the highest number ever documented during a one-year period.

ALSO READ: FDA Authorizes Emergency Use of COVID-19 Vaccine in the US