Vaping Found to Cause Mental Fog Even in Young Teens

Recent research reports a link between vaping and mental fog, often referred to as 'brain fog,' increasing questions about the habit's possible effects.

The researchers do not yet understand the origin of this correlation. However, vaping could be the cause or that individuals who vape are more likely to have some other shared factor that induces brain fog and raises their risk of taking up a vaping habit.

Vaping applies to the usage of nicotine using an electric device. These electronic devices are meant to heat up a nicotine-containing substance that is inhaled. Some individuals use vaping as an alternative to conventional smoking, but several individuals report vaping without a past habit of smoking, increasing questions regarding a possible route to nicotine addiction.

Over the last few decades, rates of underage cigarette consumption have significantly reduced. On the other side, e-cigarette usage has increased exponentially in recent years.

In 2018, the US Surgeon General also called the usage of e-cigarettes a national problem among America's teens. Yet there are continuing controversies about whether e-cigarettes are a gateway to conventional tobacco smoking, and the long-term health consequences of vaping are also being studied by scientists.

The long-term health effects of vaping are not yet apparent but the practice has been related to potential health implications by an increasing body of research, including concerns with shifts in oral bacteria, wheezing, and possible lung injury. In certain situations, the possible effects are related not to cigarettes but to the flavorings contained in the liquids. 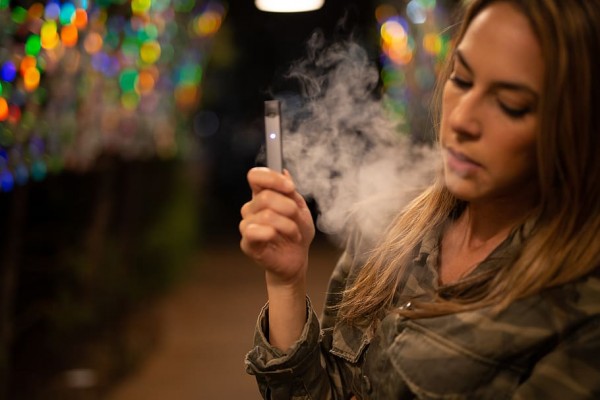 The new study comes from the Medical Center of the University of Rochester. It includes two experiments, one of which contained survey answers from US adults who were questioned about their mental function, memory, concentration, and whether they were vaporized or smoked, among other items.

Using that evidence, the analysis identified a correlation between vaping and mental fog records.

Smokers were much more prone to experience behavioral confusion, with comparable rates of brain fog recorded by both vapers and smokers. In contrast to people who began vaping at a later age, one of the studies have observed a stronger correlation between vaping at a young age, between 8 and 13 years of age, and brain fog.

The youth research also showed that students who recorded beginning to vape early, between eight and 13 years of age, were more likely than those who began vaping at 14 or older to have difficulties focusing, recalling, or making choices.

Nicotine intake by vaping likely induces trouble with mental control. It is equally probable, though, that persons who experience mental fog are more prone to cigarette or vape, perhaps self-medicate.

To analyze the relativity of vaping and mental fog, researchers say that more research that track children and adults over time are needed.

The researchers published the adult research in the PLOS ONE journal, while they uploaded the high school study in Tobacco Induced Diseases.