Japan Planning to Launch the First Wooden Satellite in 2023

Imagine the World orbiting a wooden rocket! Japan has allegedly continued working on releasing the world's first wood-based satellite by 2023. 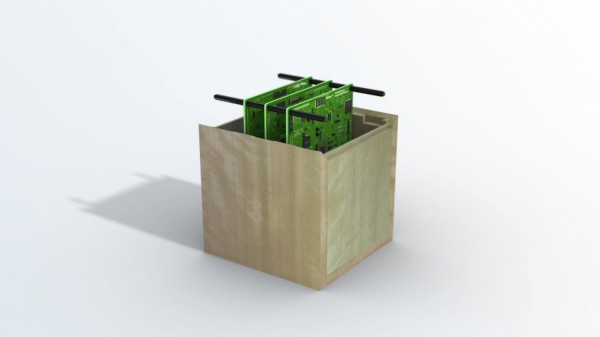 The Japanese timber firm Sumitomo Forestry and the University of Kyoto will conduct basic research for an eco-friendly satellite campaign to minimize space junk pollution.

Outer space is packed with more than 23,000 identified man-made fragments zipping across the world, presenting a danger to functioning spacecraft, from dead rockets to errant nuts and bolts. About 2,500 operational satellites are roaming the Earth at present.

Takao Doi, a Kyoto University professor and Japanese astronaut told the BBC that they are very worried that all the satellites re-entering the Earth's atmosphere are burning and creating tiny particles of alumina that would float for several years in the upper atmosphere.

The Japanese business step takes on importance when it comes to when countries are attempting to develop eco-friendly satellites to minimize space junk.

Sumitomo Forestry and Kyoto University will study tree growth and how to use wooden products in space conditions. Also, they strive to encourage technologies for the use of timber in harsh conditions on Earth.

How this wooden satellite works

A Nikkei Asia report says that because electromagnetic waves will penetrate through the wood, it is possible to create simplified structures for devices such as antennas and mechanisms for attitude control that can be mounted within the wooden satellite.

When the wooden spacecraft plunges down to Earth as it de-orbits, the wood can burn up entirely without dumping toxic material into the atmosphere or raining waste on the planet, the paper states. When it hits the Earth's atmosphere, debris also burns.

The partners are confident that there will be certain benefits to their wooden satellite over a traditional one. They believe that the wooden frame may be used to house components used for transmitting data or regulating attitude.

No more information about how the technology will operate are available, but Sumitomo Forestry intends to offer renewable wood products to global markets. As a blueprint for future technology, the creation of modern design techniques, and other eco-friendly innovations, the organization also discusses possibilities for wooden buildings.

How dangerous is space junk?

If more satellites are tossed into the atmosphere, space junk has become a rising concern. Wooden satellites will burn up without causing damaging chemicals into the environment or dropping waste on the planet as they fall down to Earth.

Experts also cautioned that as more rockets and satellites are deployed, there is a growing danger of space junk dropping to Earth.

Increasingly, satellites are used for communication, television, navigation, and weather forecasts. Space specialists and analysts have been researching numerous options for the disposal and elimination of space junk.

According to the World Economic Forum, about 6,000 satellites are orbiting Earth. Around 60 percent of them are defunct and are considered space junk.

Space debris flies at an exceptionally high speed of more than 22,300 mph, But it will do serious harm to the items it reaches.

The International Space Station clashed with a tiny bit of space debris in 2006, knocking a chip out of a highly reinforced window.

ALSO READ: Experts Reveal That 3% Of SpaceX's Starlink Satellites Have Failed In Orbit So Far