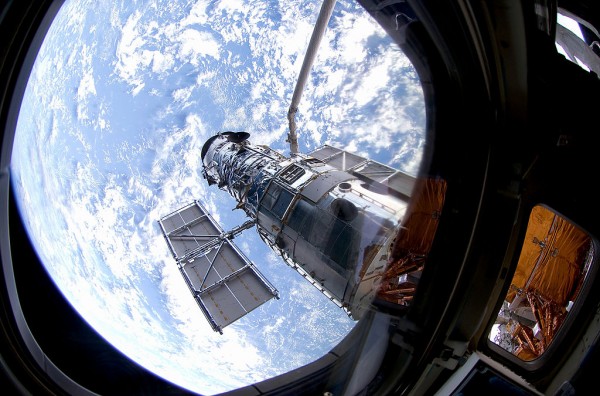 NASA and the Hubble Space Telescope of the European Space Agency have blessed us with six rare images of galaxy mergers, and each of them is a winner. ESA published the photos to commemorate the start of 2021.

Such devices are outstanding laboratories, the agency said on Thursday, to monitor star clusters' development under intense physical conditions. Groups of stars are just as they sound like star clusters. 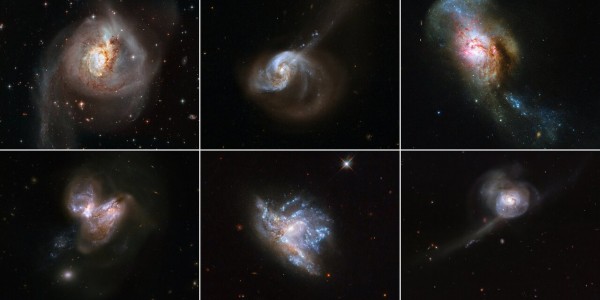 (Photo: NASA & ESA)
To celebrate a new year, the NASA/ESA Space Telescope has published a montage of six beautiful galaxy mergers. Each of these merging systems was studied as part of the recent HiPEEC survey to investigate the rate of new star formation within such systems. These interactions are a key aspect of galaxy evolution and are among the most spectacular events in a galaxy's lifetime.

All of the galaxies show indicators of a wild history. ESA identifies galaxy NGC 3256 as strange and warped. NGC 3690 is a "supernova factory," and NGC 6052's picture reveals two galaxies already colliding.

The Hubble Intense Environments and Clusters Imaging Probe (HiPEEC) survey produced photos focusing on star clusters within the galaxies and what happens as their host systems merge. The collisions feed into new star creation, boosting the stellar rate of birth.

Usually, the Milky Way shapes star clusters with masses that are 10 thousand times our sun's density, ESA said. This is not equal to the masses of star clusters that develop in colliding galaxies and exceed our sun's mass millions of times.

Even after the collision activity has quieted down, the large star clusters in the merging galaxies remain very luminous, the HiPEEC researchers find. Although mergers can be dramatic for the universes concerned, viewers on Earth can easily see the lovely outcome thanks to Hubble's sharp eyes.

How Did Hubble Capture and Collaborated This?

The capabilities of Hubble have enabled large star-forming "knots" to be resolved into multiple compact young star clusters. The ultraviolet and near-infrared measurements of these structures by Hubble derived the ages, weights, and extinctions of star clusters and examined the star formation rate within these six colliding galaxies.

The HiPEEC analysis shows broad and rapid differences in their properties in the star cluster populations, with the more massive clusters emerging at the end of the merger process.

Hubble has previously released both of the merging structures seen here, as early as 2008 and as recently as October 2020. The Hubble Space Telescope published 59 photographs of merging galaxies to mark its 18th anniversary in 2008, which can be discussed here.