A new study recently suggested that the parasite called "Toxoplasma gondii," which duplicates in cats and most frequently spreads through humans by means of raw meat, may increase the danger of having brain cancer in humans.

According to a Live Science report, this said finding now serves as "another reason for people to cook meat and take care around cat litter."

In their work, the study authors found a relationship between the presence of T. gondii antibodies in the blood of people, specifying past exposure to the parasite, as well as the development of glioma, the most typical brain cancer type, after several years.

According to Anna Coghill, co-author of the study and a cancer epidemiologist at Moffitt Cancer Center in Florida, Tampa, the findings published in the International Journal of Cancer early this week propose that people who have higher exposure to T.gondii parasite "are more likely to go to develop glioma.

She cautioned, though, that the present study finding should be "replicated in a larger and more diverse group of individuals" and that the overall risk of an average person of developing glioma in their lifetime stays low. 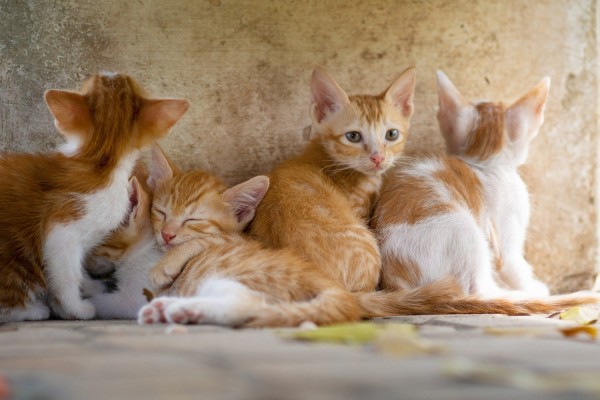 (Photo : Kiều Trường on Pixabay)
A new study recently suggested that the parasite called “Toxoplasma gondii,” which duplicates in cats and most frequently spreads through humans by means of raw meat, may increase the danger of having brain cancer in humans.

This current study cannot prove as well the cause-and-effect of such an association. According to Atlanta-based American Cancer Society epidemiologist and study co-author James Hodge, though there's no proof of the link, it does not mean that T. gondii certainly leads to glioma in all circumstances. He added, some people with glioma do not have T. gondii antibodies and the other way around.

The T. gondii is infecting most warm-blooded animals and even humans. Nevertheless, it goes through sexual duplication only in cats, so it must infect them for its life cycle's completion.

The said parasite, which can infect the brain, is famous for making infected rats less wary of cats and less facilitating its own replication.

It has also been linked to risk-taking behavior among humans. Even though the latter can be exposed to the parasite through scooping of cat litter from an infested pet, a more common route of exposure is through absorption of raw or undercooked meat from an infected animal.

According to the Centers for Disease Control and Prevention, most people who have the infection do not have symptoms as their immune systems are keeping the parasite in check. However, in rare conditions, the parasite can lead to serious symptoms, which include vision loss.

Glioma is a fatal cancer, and glioblastoma is its most fatal subtype. The approximated five-year survival rate of glioblastoma is only six percent in people aged 55 years and above. Compared with that of the general populace that does not have cancer, the American Cancer Society said. Risk factors for glioma comprise being male, older, taller, and non-Hispanic.

Moreover, to examine the impact of exposure to T.gondii on the danger of developing glioma, the study investigators searched for antibodies to T. gondii in blood samples from those with glioma from which samples were retrieved several years before their diagnosis.

READ NEXT: UK Scientists Trying a New Drug to Prevent Spread of Infection Leading to COVID-19

Check out more news and information on Parasite on Science Times.