Turning Off Camera During Virtual Meetings Can Help Save the Planet

A new study proposes that turning off the camera during virtual meetings can help "save the planet." The recent finding stated that doing so hides not only clutter but is also an environment-friendly gesture.

A Phys.org report indicates that this new research finds that despite a record decline in global carbon emissions in 2020, a COVID-19 switch to "remote work and more entertainment" still fosters environmental impact because of how internet data is stored and transmitted around the world.

As specified in the study, just an hour of videoconferencing or streaming, for instance, releases about 150 to 1,500 grams of carbon dioxide. This is equivalent to one gallon of gasoline burned from a car, which releases roughly 8,887 grams, requires about two to 12 liters of water, and a land area that add up to roughly the size of one iPad Mini.

ALSO READ: Global Emissions Drop by 7%, But Climate Change Experts Advise Not To Celebrate Just Yet 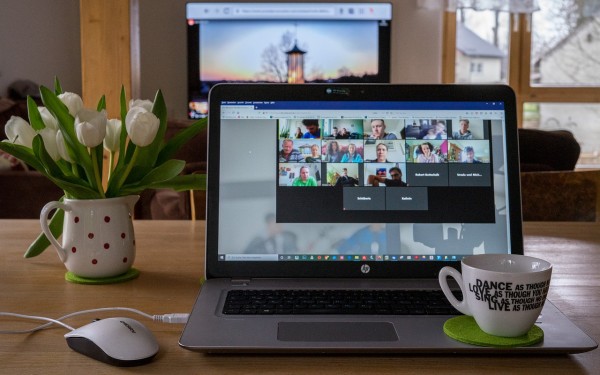 (Photo : Armin Schreijäg on Pixabay)
A new study proposes turning off the camera during virtual meetings can help ‘save the planet.’

Footprints Reduced When the Camera is Turned Off

Based on researchers' estimation, leaving the camera off while on a web call can reduce the footprints by 96 percent.

Furthermore, streaming content using standard definition or SD, instead of high definition or HD while using apps like Hulu or Netflix, could result in an 86-percent reduction, too.

This study from Purdue University, Yale University, and Massachusetts Institute of Technology researchers conducted is the first to analyze the water and land footprints linked to internet infrastructure on top of carbon footprints. Results were published in the Resources, Conservation & Recycling journal.

According to Purdue industrial engineering professor Roshanak "Roshi" Nateghi, if one is to focus on only a single type of footprint, he misses out on others that can offer a "more holistic look at environmental impact."

Nateghi's work aims to show gaps and assumptions in research on energy that have led to underestimating the effects of climate change.

The study also found that several countries have reported an increase of at least 20 percent in terms of internet traffic since March last year.

If the trend continues through the end of this year, this rise in use of the internet alone would need a forest of roughly 71,600 miles, double the land area of Indiana, to sequester the released carbon.

The researchers also specified in their study that the additional water needed to process and transmit data would be sufficient enough to fill "over 300,000 Olympic-sized swimming pools," while the resulting land footprint would be roughly the same as the size of Los Angeles.

In their study, the researchers approximated the carbon, water, and land footprints linked to each gigabyte of data used in tech apps such as Facebook, YouTube, Zoom, TikTok, and Twitter, among other platforms, including online gaming and random web surfing.

As expected, the more video streamed through an application, the larger the footprints. Since data processing utilizes a great amount of electricity, and any electricity production has carbon, water, and land footprints, the reduction of data download decreases damage to the environment.

Kaveh Madani, a visiting fellow at the Yale MacMillan Center who led and directed this new research, said banking systems do tell a positive impact on the environment of going paperless.

However, no one tells the benefit of turning off the camera or decreasing the quality of online video streaming. Therefore, without consent, Madani added, the said platforms are increasing one's environmental footprint.

The carbon footprint of the internet had already been increasing even before the lockdowns brought by the pandemic, accounting for roughly 3.7 percent of worldwide greenhouse gas emissions.

Nonetheless, the water and land footprints of internet infrastructure have greatly been overlooked in various studies of how the use of the internet affects the environment, Madani explained.

READ NEXT: Study Reveals Climate Change Slower Than What The UN Projected