The Earth has been equipped by nature with numerous giant "sponges," or carbon sinks, helping humans combat climate change.

Such natural sponges, and even the ones made by humans, can wipe carbon, effectively eliminating it from the atmosphere.

In connection to this issue on climate change, Space.com raised two questions: "What does sci-fi-like act really entail?" and "How much will it really take, and the cost, to make a difference to slow climate change?"

Sabine Fuss who leads a research team at the Mercator Research Institute on Global Commons and Climate Change has been searching for answers to the said questions for the past couple of years.

Fuss was also a member of the original Intergovernmental Panel on Climate Change, which the United Nations established to evaluate the science, dangers, and effects of global warming. 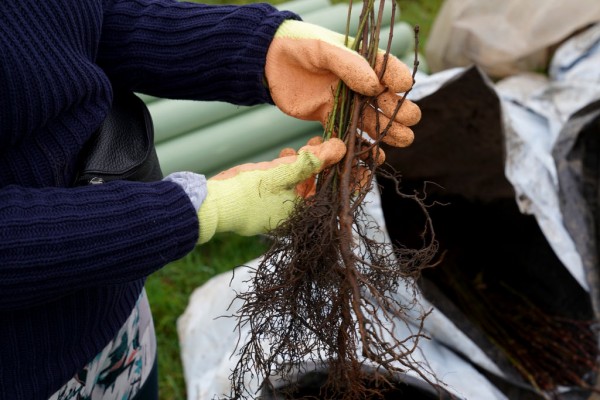 After the 2018 report of the panel, as well as the new Paris Agreement objective to keep global warming to "1.5-degrees Celsius or less," Fuss was tasked with discovering which carbon elimination approaches were most promising and possible.

Based on the report, afforestation and reforestation or, respectively, planting and replanting of forests are famous natural carbon sinks.

Huge numbers of trees can confiscate the greenhouse gas carbon dioxide from the chemical reaction that uses the sun's energy, known as photosynthesis, to transform CO2 and water into sugar and oxygen.

According to a study in the Science journal published in 2019, planting one trillion trees could store roughly 225 billion tons of carbon, or approximately two-thirds of the carbon emitted by humans into the atmosphere since the beginning of the Industrial Revolution.

ALSO READ: Global Emissions Drop by 7%, But Climate Change Experts Advise Not To Celebrate Just Yet

Zelikova is also a chief scientist at Carbon 180, a nonprofit advocating for carbon removal approaches in the United States.

Practices like rotational grazing, decreased tilling, and rotation of crop increased intake of carbon through photosynthesis, and that carbon is eventually stored in root tissues decomposing in soil.

The National Academy of Sciences discovered that storage of carbon in soil was adequate to offset as much as 10 percent of the annual net emissions of the US, or roughly 632 million tons at a low cost.

Nevertheless, according to Fuss, nature-based removal of carbon, such as planting and replanting forests, can contradict other policy goals like food production, for one. Scaled up, such strategies necessitate a lot of land, more often than not, land that's in use already.

According to the International Energy Agency, when the filter gets heated, the CO2 can then be captured and eventually injected underground.

At present, there are 15 direct air capture plants globally. Additionally, there is bioenergy, too, with carbon capture.

Bioenergy is a method in which plants and trees are grown, which in turn, create a carbon sink (as shown in the video above via ACCIONA's YouTube channel). Then, the organic material gets burned to generate heat or fuel, which is now known as bioenergy.

During burning, the carbon releases are captured, then stored underground. Following this, another capture trick engages mineralization. In this particular process, rocks are getting around to increase the available surfaces to respond with chemically and crystallize carbon dioxide.

Despite the promise to help stop climate change, none of the said technologies have been applied on a large scale. They are extensively costly, estimated at a high cost amounting to $400 a ton of CO2 eliminated, and each still needs a lot of research and backing before deployment.

READ NEXT: Study Reveals Climate Change Slower Than What The UN Projected