A new design for ultra-efficient, nano-thin piezoelectric materials could revolutionize self-powered electronics, such as wearable gadgets and medical implants like pacemakers.

Researchers from the RMIT University in Melbourne, Australia, have fabricated a flexible and printable energy source material, which generates a voltage difference when pressure is applied to its surface. It could pave the way for self-powering wearables or pacemakers that could be powered by heartbeats.

Details of the new nano-thin piezoelectric material are reported in the journal Materials Today, January 18. 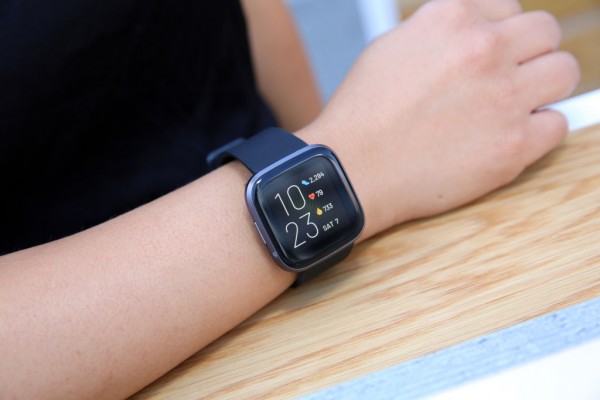 The new material is around 100,000 times thinner than human hair and 800 percent times more efficient than conventional piezoelectrics from similar non-toxic materials. Furthermore, researchers behind the new material claim that it can easily be fabricated using a cost-effective, commercially scalable method using a liquid metal-based approach.

According to Dr. Nasir Mahmood, the new material is a major step towards bringing motion-driven and energy-harvesting devices into their full potential, a lead researcher in the study and an RMIT Vice-Chancellor's Research Fellow. He adds that top of the line nano-thin piezoelectrics was only made possible using lead, a toxic material that is not suitable for biomedical applications.

In the latest study, researchers used zinc oxide, a non-toxic material that is both lightweight and easily compatible with silicon, a common semiconductor material used to fabricate different electronic materials.

Mahmood added in an RMIT press release: "t's so efficient that all you need is a single 1.1-nanometer layer of our material to produce all the energy required for a fully self-powering nanodevice."

The non-toxic alternative has potential biomedicine applications - including biosensors, self-powering devices like pacemakers that run on heartbeats or even flowing blood pressure. It can even be used in smart running shoes or footpaths that could generate power from footsteps.

RMIT used a pioneering method called liquid metal-based synthesis approach. Researchers heated zinc oxide until it melts. Once the liquid metal substance is exposed to oxygen, it causes the formation of a nano-thin layer on the top of its surface. Afterward, the metal is rolled over a surface where the nano-thin sheets of zinc oxide are printed off. With this method, researchers can quickly fabricate large-scale sheets of the material and work together with other manufacturing processes like roll-to-roll (R2R) processing.

Upon inspection of the material, researchers found that these ultra-thin sheets of zinc oxide demonstrate highly-crystalline hexagonal structures. Additionally, this structure allows for an unusually high "out-of-plane piezoelectricity" of about eight times greeted than the value for bulk zinc oxide.

"The existence of a large piezoelectricity offered by the synergy of the substrate and specific thickness of ultrathin films offers the opportunity for other groups of potentially piezoelectric materials to be explored," researchers explain in the published report.

The research team behind the zinc oxide piezoelectric materials are now reportedly working on ultrasonic detectors for defense and infrastructure applications. They are also investigating the development of nanogenerators for the efficient harvesting of mechanical energy.

Check out news and information on Piezoelectric Materials on Science Times.