The automated system is believed to have taken conservationists an important step forward in monitoring the populations of endangered species.

WildCRU's Isla Duporge said that it was like finding a needle in a haystack by using this technology to count elephants, which are said to be comparable with the same accuracy to human detection capabilities.

From Science Fiction to Real Life

For the first time, scientists have successfully used the satellite Worldview 3 from Maxar technologies, which utilizes high-resolution imagery, and deep learning to capture African elephants moving through the forests ad grassland. 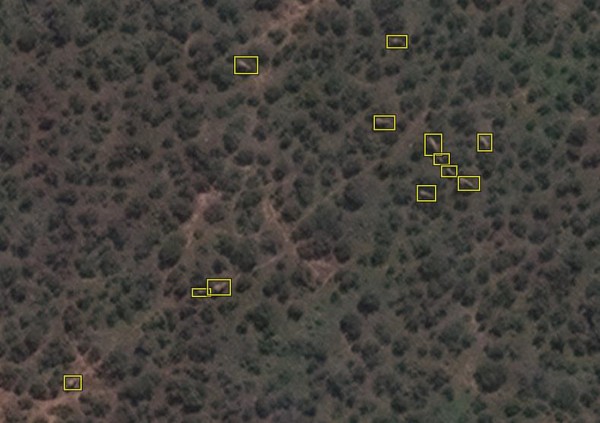 According to Isupova, the new surveying technique captures vast areas of heterogeneous land in a matter of minutes, which can be an alternative way to count animals on the ground other than using human observers to individually count the animals from low-flying airplanes. The satellite can scan more than 5,000 km² of imagery every few minutes which prevents the risk of double counting.

But if necessary, the process can be repeated on the Earth's next revolution, or in other words, the next day.

The population of African elephants has seen a drastic decline in the past century with only 40,000-50,000 of them left in the wild. The technology could eliminate the risk of disturbing the animals and avoiding any humans to get hurt during data collection.

More importantly, it makes it easier to count the endangered species and animals in different countries as satellites orbit the Earth without any regard for border controls or conflict, according to Science Daily's report.

ALSO READ: How Does Satellite Imagery of Animal Migration Compare to Google Maps' Understanding of Commuting?

According to Phys.org, the scientists believe that the technology will serve the conservation efforts to save endangered species, like the African mammals.

"We need to find new state-of-the-art systems to help researchers gather the data they need to save species under threat," said Dr. Isupova.

Elephants were chosen in this study because of their enormous size, therefore they are easy to spot. But elephants are not the only endangered species in the world. The researchers hope that they could soon use the same technology to detect smaller species from space.

The researchers published their study in Remote Sensing in Ecology and Conservation.