According to recent data from the Office of National Statistics, the typically-reported symptoms of the new variant found in the United Kingdom include coughs, sore throat, muscle pain, and fatigue.

According to HuffPost, the analysis shows a swab test taken from November 15, 2020 to January 16, 2021 when the highest percentages of positive results linked to the new variant were detected in London and the southeast of England.

Where a COVID-19 test is performed, swabs are examined for three genes existing in the coronavirus, including N protein, S protein, and ORF1ab.

The ONS also said that lack of the S-gene in these tests seems to have turned out to be a "reliable indicator of the new UK variant." 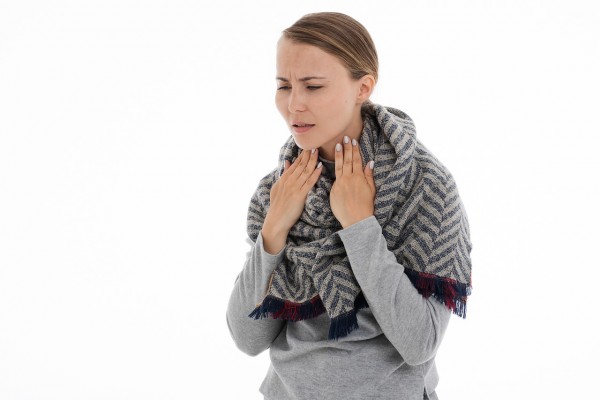 (Photo : Anastasia Gepp on Pixabay)
The UK’s Covid Symptom Study app validated that symptoms like headache fatigue, persistent cough, sore throat and loss of smell are presently the most dominant symptoms of the new UK variant.

People With the UK Variant Asked About the Symptoms

People who are testing positive reported the symptoms they'd had. The analysis showed loss of test and smell were substantially less typical in new variant compatible positive results.

Other symptoms, though, were typically linked to this variant, with the largest differences noted for the known symptoms earlier mentioned, as well as fever and a slight increase in headache.

No evidence of any difference was found in terms of the prevalence of gastrointestinal symptoms like diarrhea and sickness, shortness of breath, or abdominal pain.

Virologist and molecular oncology professor Lawrence Young from the University of Warwick acknowledges that mutations in this UK virus strain could affect the symptoms linked to the infection.

The virologist explains that the variant is "more transmissible, and infected individuals seem to have" higher loads of the virus. Meaning they generate more viruses.

This could lead to more widespread contagion within the body, and Young adds, probably "accounting for more coughs, muscle pain and tiredness."

The virus comprises 23 changes compared to the virus originally detected in Wuhan, China.

Some of these changes in various parts of the virus could impact the immune response of the body and also affect the range of symptoms linked to the infection,

According to Imperial College London senior research investigator Professor Richard Tedder, changes in symptoms, particularly those of upper respiratory tract infection, colds, and coughs, might be the reason as well for increased communicability.

For instance, Tedder explains, "if there is an increased amount of coughing and perhaps, sneezing associated with a particular variant virus," the said two activities can notably increase the amount of various that spreads into the environment, thus, making it more contagious.

The professor adds, even small changes in symptoms could affect a huge change in the ease with which a virus can be transferred between people.

Experts say, either way, the most essential feature is to stay distant from others and put on facial covering. This way, there'd be a reduction of spreading of sneeze- and cough-generated droplets when not at home.

They elaborate, the old saying, "Coughs and sneezes spread disease," is appropriate at present as it was many, many years ago.

Currently, people are advised to get themselves tested for COVID-19 if they experience one or more of these three symptoms: fever, new and continuing coughs, or loss of smell or taste.

This was, according to Professor Tim Spector, lead researcher at King's College London, at that time when the symptoms had not considerably changed since the onset of the pandemic.