Did Elon Musk Confirm that Neuralink Implanted a Brain Chip on a Monkey?

Elon Musk, CEO of Neuralink, says his organization has wired up a monkey brain so it can play computer games with its brain.

Musk, who is also Tesla and SpaceX's chief executive, said he was one step closer to developing a wireless chip that would enable monkeys to manipulate a device through their minds. 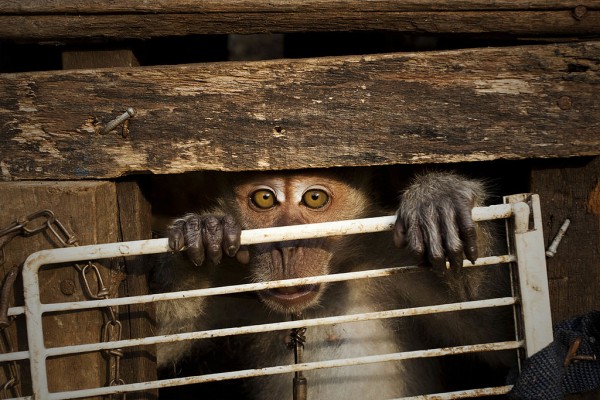 Neuralink, a business he established in 2017 to create ways to bind human brains to machines,  started working on installing mind-reading chips in monkeys.

Musk gave an update on his business Neuralink during an interview on Sunday's private networking app Clubhouse.

The start-up seeks to build brain-machine interfaces with the optimistic purpose of helping people keep in touch with sophisticated artificial intelligence. Eventually, the device may handle persons with spinal or brain disabilities and complement human brain capacity.

The billionaire compared the hardware in your skull as being like a Fitbit.

Musk also advised thousands of listeners that a monkey with a wireless implant has tiny wires in his skull that can play computer games with his brain.

"He is a happy monkey," Musk said.

According to the Business Insider report, he said that one of the many items they are still trying to find out is how they should make the monkeys play Pong together with each other. He then noted that it would be pretty awesome if it were possible. Over a variety of years, Neuralink studies their neural interfaces on other animal forms.

Neuralink revealed the company's progress on a special pig named Gertrude in one of Science Times' report last year. In the video seen sometime last year, Neuralink had shown its primary capacity to record and attempt and anticipate those behavior based on a wired chip implant implanted in Gertrude's brain.

However, Elon Musk claimed that the video-game-playing monkey could get a superior wireless chip that only enabled the monkey to manipulate a specific electronic interface with his mind. The billionaire then claimed he wasn't too uncomfortable and that it didn't seem odd at all. Musk also mentioned that individuals might not be able to see where the neural implant goes.

ALSO READ: The Future Of Neuralink: Does It Affect Our Private Lives?

Musk said Neuralink works to find out how they will use the implantable chips to allow monkeys to play "mind pong" with each other. The founder said that Neuralink would release videos demonstrating the company's growth in the next month or two.

For years, Neuralink has been researching such interfaces on livestock. Last year, the organization showcased pigs in their heads with electronic chips. The demonstration included showing neuronal impulses from one of the pigs in real-time.

The first thing Musk said the company is working on is a small implantable chip that will enable an individual with quadriplegia or paraplegia to manipulate a computer mouse, their phone, or just through thought, "or any device."

It would undoubtedly be a significant enabler; it would make life simpler for them, Musk said.

Check out more news and information on Neuralink on Science Times.