Study Shows Alzheimer’s Could Be Predicted Through Writing Tests

It is indeed possible to predict those who are likely to develop Alzheimer's disease by simply looking at their writing pattern years before the occurrence of symptoms.

This was according to a new study by IBM researchers who trained artificial intelligence to pick up clues of changes in language before the start of neurological disorders.

The New York Times reports that based on their AI training, the study authors claim that "Alzheimer's is just the beginning' of other studies using AI.

People who have a wide range of neurological diseases have unique language patterns that, authors suspect, may be considered as early warning indications of their illnesses. 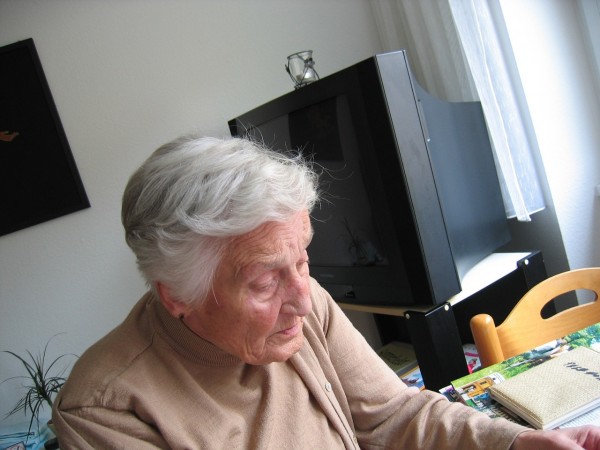 (Photo : Gerd Altmann on Pixabay)
Research found it is possible to predict who is likely to develop Alzheimer’s disease by simply looking at writing pattern years prior to occurrence of symptoms.

For this Alzheimer's study, the investigators looked at a group of 80 male participants and females in their 80s. 50 percent of them had Alzheimer's and the other half did not have the illness.

However, after seven-and-a-half years, all of them had been found to be cognitively normal. Both the males and females were part of this "Framingham Heart Study," a long-running federal study initiative that necessitates regular physical and cognitive tests.

As participants, they took a writing test prior to any of them developing Alzheimer's. The test, the said news site reported, asked subjects to describe a drawing of a boy who was standing on an unstable stool and was reaching out for a "cookie jar on a high shelf while a woman, her back to him, was oblivious to an overflowing sink."

The investigators analyzing the word usage of subjects using an AI program that searched for subtle variances in language.

As a result, the researchers were able to identify one group of respondents who were more repetitive in their use of words at that earlier time when they were all cognitively normal.

The subjects made errors too, like incorrect spelling of words or improper use of capitalization, and they were using telegraphic language too. This means that the respondents used language with simple grammatical structure and are missing out subjects and words such as "the," "is," and "are."

Participants of that particular group turned out to be those who developed Alzheimer's disease. The AI program predicted, with an accuracy rate of 75 percent, who would get the said disease, showed the results recently published in the EClinicalMedicine, a The Lancet journal.

According to Yorktown Heights, NY-based IBM Thomas J. Watson Research Center vice president of health care and life sciences research Ajay Royyuru, they did not have prior assumptions that "word usage would show anything."

Alzhemer's researchers got intrigued saying, when there are ways to delay or stop the disease-a goa that, up to now, remains indefinable, it will be essential to conduct simple tests that can caution, early on, that minus intervention, a person is likely to develop the progressive brain disorder.

Meanwhile, Alzheimer's researcher Dr. Jason Karlawish, from the University of Pennsylvania said, what's happening is quite "lever." He added, with a volume of spoken or written speech, "can you tease out a signal?"

Speech and Voice Changes in People with Symptoms of Neurological Disorders

For years now, scientists have investigated speech and voice changes in people with symptoms of neurological disorders like Alzheimer's, Parkinson's bipolar disease and dementia, among others.

However, according to Dr. Michael Weiner, who studies Alzheimer's at the University of California, San Francisco, this IBM report is breaking new ground.

Weiner added that this is the first report he has ever seen "that took people who are totally normal and predicted" with some preciseness who would have problems years after.

The how here, the experts said, is to extend the work for Alzheimer's to find subtle changes in language people without symptoms use although they'd go on to develop other neurological disorders later on.