Is Ocean Pollution a Danger to Human Health? Experts Weigh In

Ocean pollution is a worsening and widespread problem that clearly poses dangers to human health and well being. However, the extent of the dangers isn't widely comprehended until now. 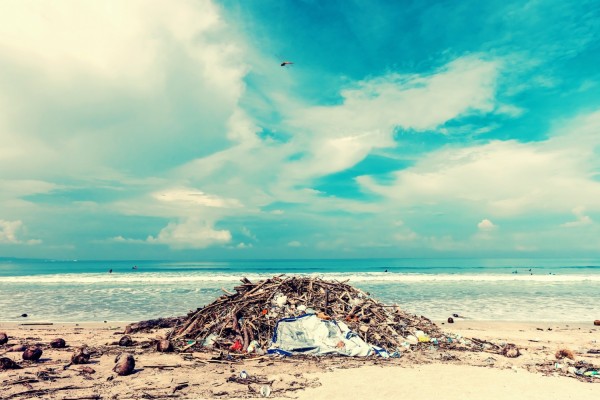 In today's world, marine pollution has become a growing problem that shows no sign of alleviation. Oceans across the globe are being flooded with two main types of pollutants: trash and chemical according to National Geographic.

According to the National Oceanic and Atmospheric Association, the majority of the pollutants come from human activities along coastal lines or further inland. The biggest source of pollution is nonpoint source pollutions that occur when snow and rainwater flow to major waterways picking up oil, debris, and trash along the way.

More than 80% comes from land-based sources that reach oceans through rives, runoff, deposition from the atmosphere.

Ocean pollution knows no borders. It can be found beyond national jurisdictions, in open oceans, in the deepest trenches, and on the shores of remote islands.

Studying the Most Hazardous Oceanic Pollutants

In a study published in the journal Annals of Global Health, researchers provide the first comprehensive assessment of the impacts of oceanic pollution on human health and well-being.

The study shows that plastic waste is the most visible oceanic pollutant.

In a study of Marine Plastic Pollution in the Chicago Journals, experts say that ten million tonnes of plastic enter seas and waterways annually. Majority of which break down into microplastics that accumulate in coastal and deep-sea sediments.

Large pieces float in the water for decades which led to the Pacific Ocean's 'garbage patch'.

Microplastics contain numerous chemicals that were used to make the plastics colorful, flexible, and waterproof resistant. These chemicals include endocrine disruptors, carcinogens, and neurotoxins that interfere with human hormones and can cause reduced fertility, cancer, and birth defects.

Microplastics enter the food chain via fish and shellfish that unknowingly ingest the chemical-laden particles. When humans eat seafood contaminated with microplastics, they ingest millions of microplastic particles that carry numerous chemicals.

Mercury is also a widespread ocean pollutant, the majority of which comes from coal-burning in homes and industries across the globe. All coal contains mercury, when it is burned, mercury vapor rises and enters the atmosphere which eventually washes into the sea.

Mercury exposure in adults can increase the risks of dementia and heart disease.

Ocean pollution is an obvious risk to human and wildlife health. Despite numerous warnings from experts, plastic and chemical pollutants continue to flood the waterways and oceans.