Will This Energy-Saving Transparent Wood Replace Your Typical Glass?

Scientists have produced a transparent wood that could offer an environmentally sustainable solution to glass windows.

The University of Maryland researchers said that the method alterations a wood structural part called lignin that prevents light from passing through the material. 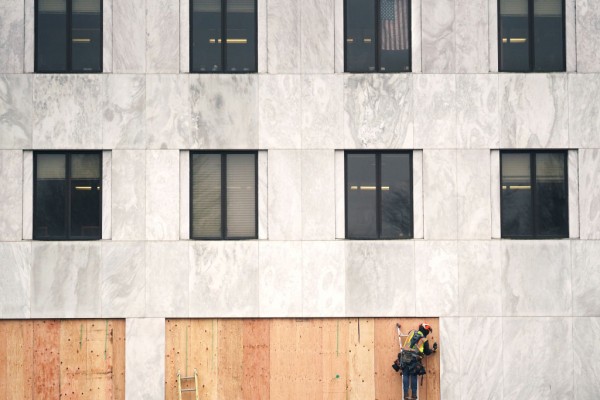 See-through wood was historically touted as a means of improving a building's heat-retaining properties while still being biodegradable and simpler to dispose of than glass.

According to the researchers, the current process also renders the wood stronger while still significantly reducing the energy needed to grow it.

How is Clear Wood Made?

The production of clear wood is mostly started by washing the whole body into a chemical solution, sodium chlorite, used in toothpaste and bleach production. The compound can get rid of lignin, an organic polymer present in plants. To render them more rigid and less exposed to decay, it is used in trees.

There is a much more productive way to build transparent wood by applying hydrogen peroxide on the wood surface, as per an article by New Scientist. The soil and marks on it will be washed and dried out in the process.

The wood would then be subjected to UV light that would imitate sunshine on a normal basis. Soak the UV-lit wood in ethanol afterward and placed a transparent epoxy in each pore of it. It is assumed that the transparent wood is thicker and lighter than standard glass, plus it is a superior insulator.

Lignin is structurally-altered by the process to make the wood transparent. As the researchers from the University of Maryland reported, lignin allows the wood more opaque and dense such that no light will get into it.

The University of Maryland researchers said that the method alterations a wood structural part called lignin that prevents light from passing through the material.

ALSO READ: How to Save Energy Using These Energy Efficient Curtains Perfect for your Homes

Is It Effective, Biodegradable, And Disposable?

The see-through wood, as the final result, as demonstrated by the American Chemical Society in 2019, would be a strong heat insulator. It can release heat and even store heat. The fascinating thing about transparent wood is that it is both biodegradable and disposable.

The report, reported in the journal Science Advances, also claims that the system is ideal for scalable development for use in energy-efficient buildings.

Liangbing Hu, a University of Maryland Energy Innovation Institute professor who led the study, said that transparent wood is lighter and stronger than glass. The expert added that homemakers could use the latest technology for windows and roofs that are load-bearing. The researcher said that it could even be used to render a see-through home.

Hu and other authors, who uploaded their findings in the journal Science Advances, concluded that transparent wood helps to produce energy-efficient structures.