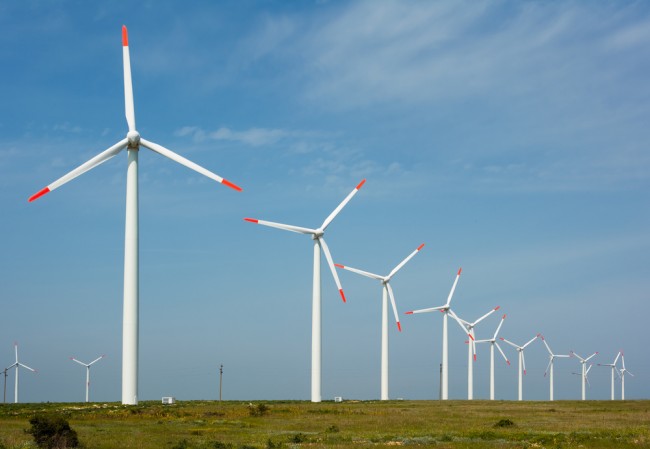 Since 2009, Green Development has played an essential role in transforming and diversifying Rhode Island's energy portfolio via wind, solar, and battery storage. As the state's foremost developer of onshore wind energy with installations across the state, the company delivers significant energy savings to qualified organizations through the virtual net metering program while simultaneously preserving farmland, reducing water and air pollution, increasing energy security, and creating local jobs. In this article, Green Development discusses the principles of energy generation powered by the wind.

Unlike fossil fuels, wind turbines produce no greenhouse gas emissions or other air pollution forms while generating electricity. As the cost of producing electricity from wind has fallen dramatically in recent years, the prevalence of wind power projects has climbed significantly in countries worldwide.

The Rapid Growth of Wind Power

According to the International Renewable Energy Agency, the onshore and offshore electricity generating capacity of wind turbines has risen by a factor of 75 within the past two decades alone.

In 1997, wind turbines around the world only could generate 7.5 gigawatts of electricity. By 2018, the capacity of global wind turbines grew to 564 gigawatts. However, even with this enormous growth, the U.S. Energy Information Administration says that wind energy still only accounts for 7.3% of total utility-scale electricity generation in the United States.

The process of harnessing the wind to produce electricity is relatively simple. When the wind blows, turbine blades rotate, which in turn spins a generator that produces electricity. Wind turbines convert kinetic energy into mechanical power through the use of aerodynamic force to turn rotor blades.

Historically, windmills' mechanical energy has been used for pumping water and grinding grain. The vast majority of today's modern wind turbines are connected to generators that produce electricity that is distributed through a utility grid.

Other important factors include the height of the wind turbine tower and the length of the blades. The wind velocity available to the largest turbines, at roughly 260 meters, is much higher than the wind available to an 85-meter tower. When tower height is increased to take advantage of the higher wind velocity, longer blades are possible. Longer blades have more mass thus capturing significantly more energy from the wind and converting greater amounts of kinetic energy, increasing the turbine's overall efficiency and output.

The first offshore wind farm was brought online in December 2016 and was located off the coast of Rhode Island. While offshore wind is still a relatively new industry in the U.S., the growth potential is enormous. According to the American Wind Energy Association, U.S. offshore wind resources could generate approximately 2000+ gigawatts of electricity.

An Optimistic Outlook for Wind Energy

With wind energy prices continuing to fall and the demand for clean energy continuing to rise, the future for wind energy looks bright. Technological advancements are allowing turbines to become larger, more sophisticated, and more efficient. Scientists and engineers are exploring new opportunities for land-based wind turbines that can operate at lower wind speeds, as well.