On Thursday, a group of 500+ scientists urged world leaders to stop policies that put burning trees for energy on a pedestal because it poses a double climate problem that both threatens the forests' biodiversity and efforts to stem Earth's ecological emergency. 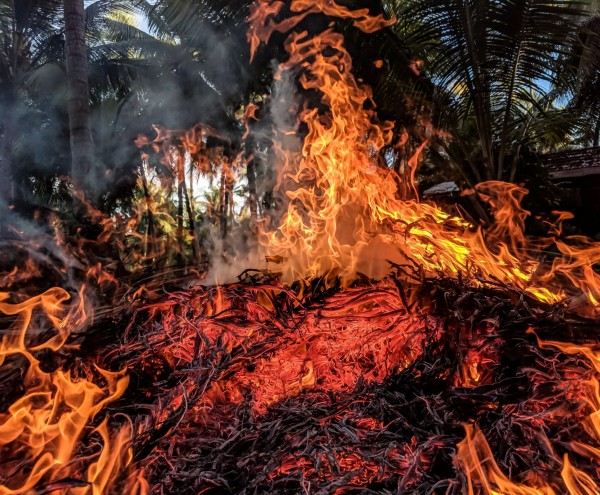 Signatories of the letter include world-renowned botanist Dr Peter Raven, president emeritus of the Missouri Botanical Garden--reject the assertion that burning biomass is carbon neutral.

Scientists asked many to sign a petition by February 9 to further strengthen calls for government action and revision on current trends on incentivizing power plants.

"Regrowth takes time the world does not have to solve climate change”
Over 500 scientists tell world leaders, to stop treating the burning of biomass as “carbon neutral”.
”You can help end this madness.” #StopFakeRenewables https://t.co/SAzgTKtCJ9

Referring to forest "restoration and prevention" as key in meeting the declared goals of nations' of carbon neutrality by 2050, the letter frames the slashing of trees for bioenergy as "misguided."

The group wrote, "We urge you not to undermine both climate goals and the world's biodiversity by shifting from burning fossil fuels to burning trees to generate energy."

The forests' destruction, which are carbon sinks, creates a carbon debt. On the other hand, though regrowing trees and the displacement of fossil fuels may eventually pay off carbon debt, scientists say that regrowth takes time, and the world doesn't have that luxury to solve the climate crisis.

In addition, burning trees is carbon-inefficient.

Signatories say, "Overall, for each kilowatt-hour of heat or electricity produced, using wood initially is likely to add two to three times as much carbon to the air as using fossil fuels."

Issues in Burning Biomass for Electricity

Another issue is taxpayer money being used to sustain biomass burning that should have been allocated for renewable energy policies.

The letter states that companies are slowly transitioning from fossil fuel to wood, which increases risks, damage, and warming. As a substitute, the government should advocate for shifts to solar and wind energy that would truly decrease warming.

Signatories also denounce further troubling proposals of burning palm oil and soybean, which would only worsen deforestation to make way for palm and soy crops.

Due to this, the letter calls on various governments to end policies and measures including subsidies that propel biomass burning.

The letter states that trees are simply more valuable alive than dead both for the climate and for biodiversity.