Researchers warn that coral reefs across the globe are threatened. Part of the reason is due to the drastic warming of the oceans, overfishing, and pollution. 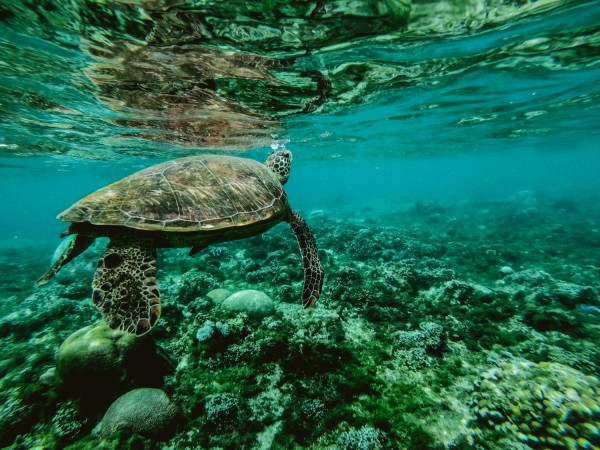 Scientists from the University of Hawai'i and Michigan State University are looking for the answers as to why corals are turning white and a solution on how to help coral reefs endure the many challenges they face today and in the future.

Between 2014-2017, a global heatwave bleached corals reefs from around the globe. During this time, Roughly 75% of Earth's tropical reefs experienced bleaching, as BBC Reported.

"It was kind of horrifying. It's disheartening to watch, but I try to think of it as an opportunity," says Crawford Drury, a coral biologist researching at UH Manoa's Hawai'i Institute for Marine Biology.

According to the National Oceanic and Atmospheric Administration, coral reefs have a symbiotic relationship with algae. While algae use coral tissue as shelter, it grows and provides food for coral which produces the vibrant colors we've all come to know.

On the other hand, when corals are stressed due to high temperatures, changes in nutrients, or light, they tend to discard their algae which turns them white a phenomenon known as coral bleaching.

Although coral bleaching doesn't necessarily kill corals, it does make them more vulnerable to diseases and death.

On the other hand, among the damaged coral in Kaneohe Bay, following the record-breaking heatwave, some corals still bore their healthy golden hue.

Researchers set out to answer why some corals were vulnerable to high-temperature changes in the ocean, while some were not. Scientists analyzed biochemicals in corals and published their findings in the journal Nature Ecology & Evolution that could help inform future restoration and conservation efforts.

Studying the Vulnerability of Coral Reefs

Scientists found two communities of algae that lived inside corals. Inside algae cells, researchers found that they bore lipids. Corals that were saturated with lipids were more resistant to bleaching, while unsaturated corals were more vulnerable.

"This is like the difference between oil and margarine, the latter having more saturated fat making it solid at room temperature," says Robert Quinn, an assistant professor in the Department of Biochemistry.

According to NOAA"s Office for Coastal Management, coral reefs are not just important for marine life and oceanic biodiversity, in fact, 500 million people worldwide rely on reefs for livelihood and food. Reefs also protect against flood damage, saving communities roughly $94 million each year.

Karine Kleinhaus, a professor at the School of Marine and Atmospheric Sciences at Stony Brook University tells BBC, "Coral reefs are biodiversity reservoirs and significant sources of food, income, and pharmaceuticals. We have a small window of opportunity remaining to apply science to rescue the world's degrading reefs."

Researchers say that the study provides an insight into the biochemical mechanisms of coral bleaching and gives a valuable tool for resilience-based reef restoration.

RELATED STORY: Is Ocean Pollution a Danger to Human Health? Experts Weigh In