The number of eggs songbirds lay is not affected by the din or prolonged noise, but their reproductive success is eventually reduced.

A Phys.org report said that some of these bird species "are not dissuaded by constant," loud noise produced by natural pipeline gas compressors, and will build nests nearby.

This is what has been concluded by a research team from Penn State who conducted ground-breaking, elaborate research that comprised nonstop playback of noise coming from a compressor.

It involves 80 new, never-before-used nest boxes which Eastern bluebird and tree swallows occupied, and behavioral observations along with video cameras positioned within boxes. 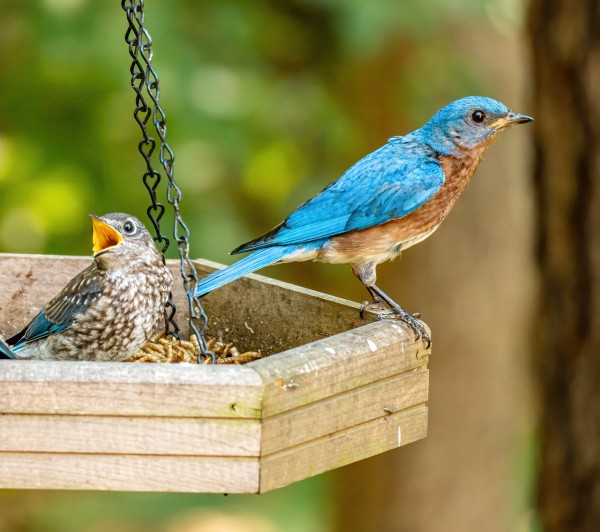 (Photo : wileydoc on Pixabay)
A study found that both blue birds and tree swallows nesting in noisy boxes spent a shorter time incubating their eggs.

According to Professor of Wildlife Resources at the College of Agricultural Sciences, Margaret Brittingham, co-author of the study, the birds did not favorably choose quiet boxes over the noisy ones suggesting they do not recognize the decline in quality of habitat resulting from the noise.

However, she explained, "both blue birds and tree swallows nesting in noisy boxes spent" a shorter time incubating their eggs. They also had "fewer eggs hatched," and they produced lesser young than their neighbors that nested in quiet boxes.

Natural gas is one of the fastest-growing global energy sources, with continuous "expansion expected in shale gas development," specifically.

There was a need for compressor stations to pressurize gas and have them pushed through pipelines to consumers. They are frequently located in internal forests that breeding birds used. It was believed that the same might be depressing the reproduction of birds in isolated forested areas.

Avery, also co-author of the study added, since shale gas development frequently takes place in comparatively undisturbed natural sites that offer essential habitat for breeding birds, it is vital that plans are developed to manage and control noise.

The research, believe to be the "first of its kind," was done at Penn State's Russell E. Larson Agricultural Research Center at Rock Springs, located in central Pennsylvania.

Furthermore, the research was unique as the study authors took wide-ranging precautions to guarantee they were analyzing the reaction of the birds to the compressor noise instead of other factors.

The experiment's design enabled the study authors to control for the confusing effects of both physical changes to the environment linked to compressor stations, and the strong tendency for birds to go back to the specific areas where they formerly had bred.

Researchers built the 40 pairs of nest boxes to attract both bluebirds and tree swallows to a place that had no previous breeding population and instantly introduced shale gas compressor noise to 50 percent of the boxes before birds went back to the region, while the other 40 next boxes functioned as controls.

Avery explained, they took a risk initiating the study. More so, they were not sure these birds would search for and occupy the boxes.

Commenting on their research finding, the co-author also said that they hoped that if they build it, the birds will come. Bluebirds possibly had other nearby spots for nesting, and the tree swallows were found to be just going back from Central America. There was no guarantee that these birds would encounter the researchers' boxes.

Moreover, the results specified that the study authors said that natural gas infrastructure could develop an "equal-preference ecological trap," where the birds are not distinguishing between lower and higher quality locations even when they suffer reproductive costs.

Brittingham pointed out that nest success, the possibility of fledging at least a single young and computed from all nests that were initiated, was not impacted by noise in any of the species studied.

RELATED ARTICLE: Tiny Songbirds Are Dying Due to Salmonella from Baths and Feeders