Cold Desert Nights: Why It Gets Much Colder Than People Think? 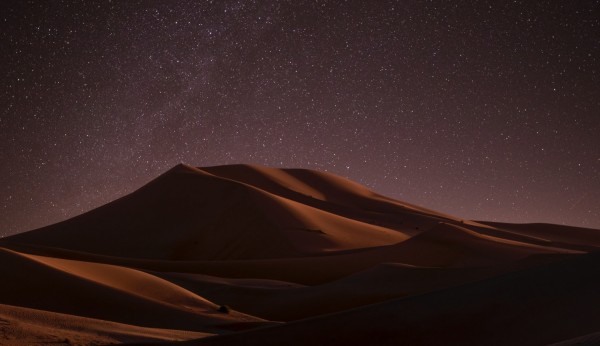 But the question is, why do temperatures in the Sahara Desert shift so dramatically? And how native flora and fauna adapt to extreme changes?

Humidity in Heat in the Desert

Arid deserts, the driest regions of Earth's land covering roughly 35% of the land, get so hot and subsequently colder at night due to two vital factors: sand and humidity.

According to a 2008 report from NASA's Jet Propulsion Laboratory, Pasadena sand isn't like a thermos; it doesn't do a good job retaining heat. Instead, the top layer of sand grains absorbs and releases heat back into the air.

During the day, the sand's radiation of the sun's solar energy superheats the air, which causes temperatures to soar. On the other hand, at night, when there is no sunlight to reheat the sand, it radiates the heat into the air leaving the sand colder.

However, the phenomenon alone isn't enough to cause drastic drops in temperature in the Sahara Desert. When at a tropical beach, although there is sand present, temperatures don't drop at the same rate.

The main reason for stark temperature changes in deserts is the dryness of the air. Arid deserts such as the Atacama Desert and the Sahara Desert have virtually zero humidity--the amount of water vapor in the air. Unlike sand, water has more capacities to store heat.

ALSO READ: Dubai's Green Revolution Starts at Its Vertical Farms in the Middle of the Desert

Despite rapid temperature changes, desert plants and animals have adapted to the extreme changes.

Dale DeNardo, an environmental physiologist from the Arizona State University, says, "It tends to be a relatively small problem for them. The bigger challenge is getting enough food and water to survive."

Reptiles are the most diverse and abundant animal group in deserts and adapt to drastic temperature changes because they are cold-blooded. Reptiles are ectothermic, meaning they don't need to invest energy to maintain a constant body temperature.

In short, reptiles use their energy in more necessary activities such as hunting. Many reptiles benefit from the small size, allowing them to locate shady nooks during the day when temperatures are high or cooler rocks at night.

On the other hand, larger warm-blooded mammals such as camels can not rely on the same survival tactics. Instead, these endothermic mammals survive by maintaining a constant body temperature in both conditions. This is done through insulation in thick fur and fat, which prevents the large mammals from gaining too much heat during the day.

Plants, on the other hand, tend to be more vulnerable to drastic temperature changes. Unlike bigger animals that can move to more survivable temperatures, plants have adapted a range of defenses to protect water stored.

Cactuses have developed spikes to ward of predators. However, when temperatures fall at night, water may freeze, which is why plants would only grow in areas where air temperatures don't fall below freezing temperatures for more than a few hours each night.

Check out more news and information on Deserts on Science Times.