An initial study shows people who have COVID-19 are likely to lose their sense of smell and taste for up to five months from infection.

According to SciTechDaily, the preliminary study is set for presentation during the American Academy of Neurology's 73rd Annual Meeting to be held virtually in April this year.

According to study author Johannes Frasnelli, MD from Canada-based University of Quebec at Trois-Rivierses, "While COVID-19 is a new disease," previous studies have shown that most people are losing their sense of smell and taste during the disease's initial stages.

In a similar report from from the Medical Xpress, Frasnelli elaborated on this saying they wanted to go further and investigate how "that loss of smell and taste" lasts, and how severe it is in those who have COVID-19. 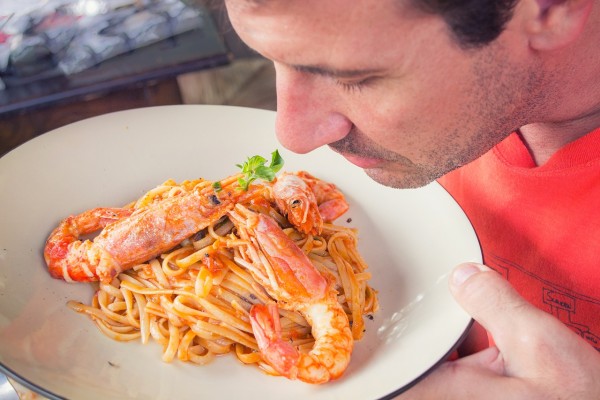 (Photo : DanaTentis on Pixabay)
An initial study shows people who have COVID-19 are likely to lose their sense of smell and taste for up to five months from infection.

Loss of Sense of Smell

This particular study involved more than 800 health care workers who tested positive with the virus. Each participant completed the online questionnaire, as well as a home test to assess their sense of taste and smell, five months on average following their diagnosis of the infection.

Their senses of both taste and smell were rated on a scale of zero to 10. Zero was equivalent to "no sense at all," while 10 would mean "a strong sense of taste or smell."

As a result, the study authors found the average person could not regain their sense of smell completely.

On the other hand, 134 participants or 17 percent said they had "persistent loss of smell when evaluated with the home test."

Averagely, people ranked their sense of smell at a seven-out-of-10 scale following the illness, "compared with nine-out-of-10" prior to the occurrence of their infection.

Loss of Sense of Taste

73 people or nine percent, on the other hand, reported having persistent loss of taste when assessed with the home test.

On average, participants ranked their sense of taste at "eight-out-of-10" following the infection, compared with "nine-out-of-10" prior to their COVID-19 infection.

Frasnelli said that their study findings show that a damaged sense of smell and taste may continue in a number of individuals who have COVID-19.

This underscores the essentiality of following up with those who have been infected, and the need for more and further studies to find out the degree of neurological problems linked to COVID-19.

Limitations of the research comprise the subjective nature of the ratings of smell and taste, as well as the single timepoint at which data was gathered.

This research was backed by the Foundation of the University of Quebec at Trois-Rivieres and the Province of Quebec.