Universal Coronavirus Vaccine: Research Ongoing for Possible Solution to the Next Pandemic

A universal coronavirus vaccine has the potential of stopping a pandemic before it even starts. During the past 20 years, three major pandemic threats have been generated by coronaviruses.

In the early 2000s, SARS occurred, killing more than 700 people. Then nine years after, it was followed by MERS, which claimed the lives of more than 850 people.

Just last year, COVID-19 happened, which, as of this writing, has killed over 2.5 million, according to worldometer. Looking at the trend, it a given that more types of coronaviruses are likely to spill over from animals into humans, possibly stimulating another global problem.

WIRED reported that researchers are already currently working to prevent the next pandemic before it gets its chance to bring more deaths and destructions.

Indeed, one strategy is to develop a universal vaccine-an injection that can shield against an entire range of various infections or virus strains. 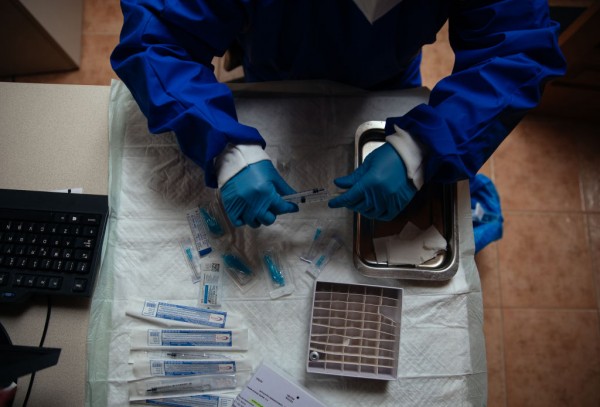 For a decade-and-a-half now, the director of the Center for Vaccines and Immunology at the University of Georgia, Ted Ross, has been developing a universal flu vaccine.

Specifically, in 2019, Ross's team was granted one of the largest contracts ever provided by the National Institutes of Health for the development of the universal vaccine. The award took place when flu was considered as 'the thing' to lead to the upcoming pandemic.

The director added that the manner that flu vaccines are designed at present means that they should be tweaked each year in expectation of which variants will prevail in that coming flu season.

However, long-term solution, the said report specified, would be a vaccine that shields from all strains and could potentially prevent a flu pandemic from worsening. So far, attempts have been generally unsuccessful that no universal flu vaccine has made its way to the regulators' authorization or approval.

Earlier on, the Georgia State University Research Magazine came out with a report featuring professor Baozhong Wang from the Institute for Biomedical Sciences at Georgia State, who's also taking a more extensive approach to combatting COVID-19 through the use of an innovative procedure he developed through his study on flu.

At that time of release of the report, he was working to develop a universal vaccine that could shield from any strains of the COVID-19, as well as other inherently similar coronaviruses.

In theory, a universal vaccine would not be affected by such mutations. For a vaccine to be regarded as variant- or strain-proof, it may need to target a specific part of the virus that's less susceptible to change.

Different from the spike protein which disappointingly likely to change, an internal protein that exists in all known human coronaviruses that helps in duplicating the virus has a low rate of mutation. Such a protein is  called 'nucleocapsid protein.'

Possibility of a Universal Coronavirus Vaccine

Ross said that the possibility of a universal coronavirus vaccine depends on who one is talking to. But people who have long been working on universal vaccines are still cautious.

The expert added, he has hit enough dead ends when it comes to searching for a universal flu vaccine that he specifically knows one for COVID-19 is not available yet.

To begin with, he explained, there is a struggle with the manner one might define or explain the term, 'universal.' Many people are using the term quite loosely, he continued adding, the term suggests that one will be able to shield from variants all the time.

In February, Good Morning America, as seen on the YouTube Video below, came out with a report on the possibility of a universal coronavirus vaccine.