How Malarial Parasites Live, Traced Through Blood Samples of Birds

A study on DNA showed that humans are not the only creature on earth who turn ill from malarial parasites and get malaria--- the deadliest pathogen in human history.

According to a Phys.org report, such parasites come in different forms, and they are found in other animals, including birds.

By examining the DNA of those variants, researchers can now better illustrate how malarial parasites live, which may provide hints on how the disease can be prevented.

In research published in PNAS, study authors examined blood samples of over 1,000 bird species from the Andes searching for malaria. As a result, they discovered that the malaria variants that exist in a local site do not always neatly align with the bird types that live there. 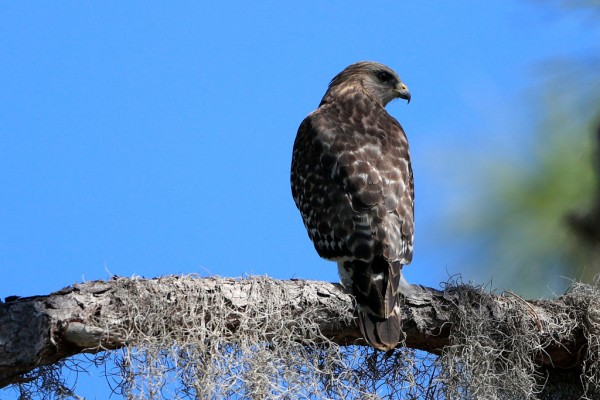 (Photo: Sam Greenwood/Getty Images)
Malarial parasites come in different forms, and they are found in other animals, which include birds

Link Between Hosts and Parasites

According to one of the co-authors of the study, Ph.D. student Heather Skeen from the University of Chicago and the Field of Museum, traditionally, they thought that there's a kind of one-to-one link between hosts and parasites, that the evolutionary link between these parasites will reflect the evolutionary associations of the host. The co-author added, what they found is that with malaria and birds, this is essentially true.

Bird curator John Bates from the Field Museum, also the paper's co-author said, this research was an opportunity to ask what a community of malarial parasites exactly look like. This paper was led by Sabrina McNew of Cornell University and Christopher Witt of the University of New Mexico.

Essentially, this study attempts to find out how both the ecological and evolutionary relationships of parasites compared to those of bird communities. As a result, the study investigators found, it is not simple.

It may not be simple, study authors said, but there's the background that malaria is a single-celled organism living as a parasite found inside several host organisms during its life cycle, including the blood of mammals and birds, as well as the insects like mosquitoes' guts.

Humans are likely to die when infected with malaria, but other animals, including most birds, often survive malaria infections.

More so, while humans cannot catch bird malaria, achieving a better insight into malaria in birds might help treat or prevent malaria in the future.

A related report indicating the association of malaria parasite in mosquitoes and human hosts came out on the National Institute of Allergy and Infectious Disease website.

To learn more about malaria in birds, the study authors collected blood from thousands of birds in different parts of the Andes Mountains in Peru.

The collected blood samples were then taken back to the Chicago-based Field Museum and inherently sequenced at its Pritzker DNA Laboratory.

To understand further, how the evolutionary and ecological associations of birds and their malarial parasites, the research team sampled 18 different biological communities in the Peruvian Andes.

As a result of their analysis of birds' DNA and the presence of malaria, the investigators discovered roughly 1,350 species of bird but approximately 400 variants of malaria.

Rather, the study investigators found that the weather in different locations made a bigger variation to the strains of malaria that existed than the bird species in the community.

The climate in a particular habitat, also known as 'microclimate,' appears to be the main driver of the pathogen predominance in communities, Skeen explained.

The co-author also said rainfall is one of the most substantial predictors of a turnover in a community. She thinks it is because the insects spreading the said parasites are more impacted by rainfall differences than birds are.

For example, excessive rainfall might develop stagnant puddles where mosquitoes can lay their eggs, and these particular insects help transmit malaria throughout the bird communities.

A WEHImovies YouTube video below shows related information on the life cycle of malaria:

Check out more news and information on Malaria on Science Times.