NASA's Artemis program aims to land the first woman and the next man on the moon by 2024, hoping to pave the way to establish a lunar location for further space exploration missions - and a new study estimates the cost of living there.

Financial experts from Money, Dot Zinc subsidiary and a credit broker for consumer credit products released an article titled "How to get a mortgage on the Moon!" last March 11. In the first-ever lunar mortgage guide, calculations place the cost of living at the Moon to be about $325,067 per month.

The lunar real estate proposed to have life preservation features such as air seals, industrial-grade air conditioning and heating system, meteor-proof windows, insulation, and power supply - with all these necessities landing a combined cost of $40 million (£29 million).

Money also estimates the overall cost of constructing a fully-functioning house on the moon to be about $48 million (£34,892,500.06), with subsequent houses built being slightly cheaper.

The mortgage guide also takes various factors into consideration, such as the average markup price for properties here on earth and the transportation costs for tools and equipment. 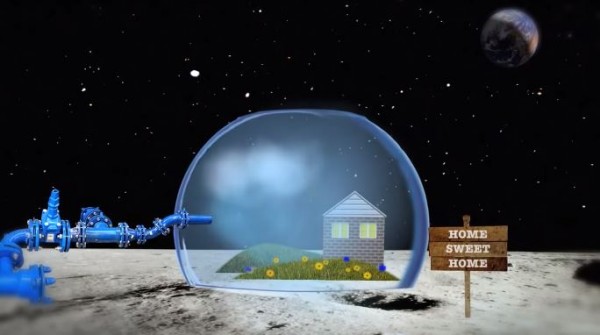 ALSO READ: Moon Found to Have Far More Craters than Most People Thought

Aside from the stellar costs of living on the moon, Money has also provided a guide on how to live life in the new environment. From growing food to generating power, it summarizes the requirements for each aspect of moon life.

Since the first potential moon residents will have no source of energy, Money strongly recommends the purchase of a small nuclear reactor as a standalone power source.

However, a small nuclear reactor is placed at $1.3 billion (£1 billion). An alternative, however, is the use of solar panels. While the size and capacity were not specified, the report said 17 panels would be enough to power one house, costing only $23,000 (£17,000).

As for food, since food delivery is not an option, lunar residents will have to grow their own food supply. In a household of four people, seven greenhouses are required to produce the required one ton of food for sustenance. Of course, to ensure growth, water is another requirement - with the credit broker estimating 5.4 tons of water every year for vegetation and hygiene. The best method for long-term water supply, as has been proposed before, is purifying and reusing liquid wastes.

Brief History of Men on the Moon

So far, the Moon remains the only place beyond Earth where humans have set foot - with Neil Armstrong being the first one on July 20, 1969. Followed by Buzz Aldrin, the two Apollo 11 astronauts walked for about three hours, observing the environment and picking up samples to be brought back to earth. So far, there have been twelve people who had the experience of setting foot on the moon - from the two Apollo 11 astronauts to Harrospm Schmitt of the Apollo 17 mission, who made his moonwalk on December 11 to 14, 1972.

While studies have revealed the presence of water on the surface of the moon, NASA says that it still cannot support life as we know it - mainly because of its very thin atmosphere, called an exosphere.

Check out more news and information on the Moon in Science Times.