For 17 years, the Brood X cicadas' colony has been hibernating, waiting to invade the 15 states of the United States this year. According to a previous Science Times report, these noisy cicadas could produce a 100 decibels noise while they mate.

They are expected to appear in Mid-May until June in the states along the East Coast, like Ohio. However, a recent report from Scientific American suggests that they could come earlier than expected.

Brood X cicadas are part of the special group of cicadas known as "periodical cicadas," known for their singular life cycles. Other broods of cicadas could emerge after 13 or 17 years. 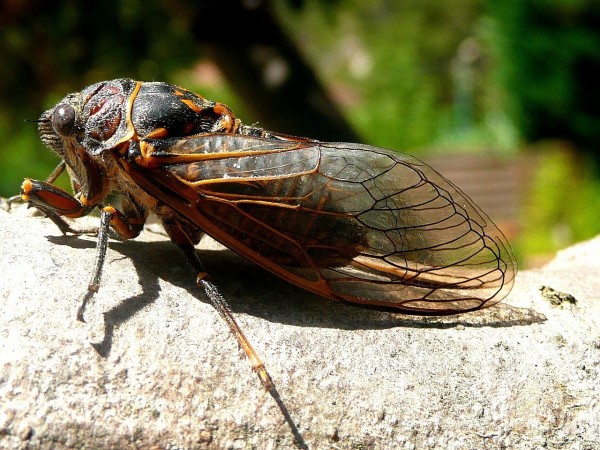 (Photo: Pixabay)
Brood X Cicadas Are Crawling Out of the Ground Sooner Than Expected

Brood X May Come Before Their Time

The jewellike insects are generating their next brood as the sun warms their wings. Billions of cicadas will spend a few weeks swarming in trees to mate and then lay their eggs on branches before they all die in a swift and brutal conclusion to their lives.

Their eggs will hatch, and the nymphs will fall on the ground to burrow into the soil and feed on nutritious tree roots, where they will begin their long wait for many years.

This is just one of the well-timed events of nature that humans have been documenting for hundreds of years. However, there are shifts over time, making members of the brood come out before their time. It has happened throughout history as far as back as the late 19th century, said cicada expert Gene Kritsky of Mount St. Joseph University in Ohio.

For instance, a small number of Brood X cicadas have been recorded to have emerged in 2017, wherein thousands of them were spotted in Washington, a full four years before they are expected to emerge.

Scientists studying the cicadas are finding out why sometimes these insects get out of sync. They believe climate change has something to do with it.

"This is happening all the time now," Kritsky said. "These accelerations that we're seeing constantly for all these different broods over much of the eastern half of the U.S., the only common phenomenon that can account for it is climate," he said.

Brood X cicadas can be up to one-and-a-half inches long and are expected to cover 15 states in the US. One of which is Ohio, which will suffer the invasion of the noisy cicadas.

According to Kritsky, billions of cicadas will invade southwest Ohio and northern parts of western Ohio starting this May. Akron Beacon Journal reported that it could get pretty loud during this time because of the mating cicadas, as there will be billions of them.

Outdoor events are already planned to avoid the loud noises expected to envelop the 15 states from mid-May until June.

Despite their loud noise, National Pest Management Association chief entomologist Jim Fredericks said these insects would not do any major damage aside from the cosmetic damage to trees when laying their eggs. He added that these insects could even become low-fat, high-protein snacks.

RELATED ARTICLE: Expect Trillions of Brood X Cicada To Invade the US After Hibernation For 17 Years

Check out more news and information on Cicadas on Science Times.