Climate change is more than a matter of temperature for the ocean. As studied, all carbon emissions from human activities absorbed by the ocean also have an unfortunate effect.

A study entitled "Summertime increases in upper-ocean stratification and mixed-layer depth" that was published on March 24 in the journal Nature reveals that climate change has wrought significant changes to ocean stability faster than previously thought.

Taking 50 years' worth of data on surface water decoupling from the deeper ocean, from 1970 to 2018, the study has raised alarms over the role the global thermostat plays and the marine life it supports. 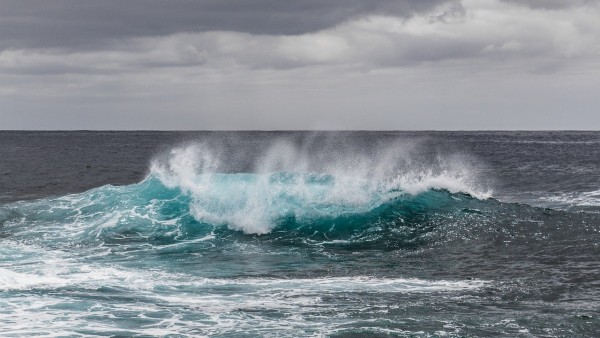 The surface ocean mixing regulates the global climate by controlling the heat and carbon exchange between the ocean interior and the atmosphere. Also, ocean mixing enables marine ecosystems to thrive as mixed layer hosts most of the primary production of the ocean to provide the main site for oxygenation of deep oceanic layers.

But climate change is changing the mixed layer of the ocean. The contrast between the warmer water surface and water below is even intensified by climate change. Global warming does not help as well because it causes massive freshwater to flush into the seas from melting ice sheets and glaciers, which lowers the salinity of the upper surface.

Yahoo! reported that this increasing contrast is making ocean mixing more challenging, and therefore oxygen, heat, and carbon are less able to penetrate the deep seas.

Furthermore, the barrier layer separating the ocean surface from the deepwater had strengthened around the world at a faster rate and researchers found that wind strength also increased due to climate change that has deepened the ocean surface layer by five to ten meters per decade over the last 50 years.

ALSO READ: Climate Change and Erosion: How to Save the Earth from These Problems

The disruption of ocean mixing affects the marine ecosystem, especially the animals that live in the surface layer, and affects the food chain that relies on phytoplankton.

But since the phytoplankton is pushed deeper in the water and away from the light that helps them grow, it disrupts the broader food web and represents a fundamental change in the underlying structure of the oceans.

Scientists are raising the alarms for the potential implication of the warming of the oceans, the International Union for Conservation of Nature (IUCN) reported. A 2019 research revealed that climate change could empty one-fifth of all living creatures in the ocean by the end of the century.

The researchers also suggested that global ocean stratification had increased by 5.3% from 1960 to 2018 which has profound and troubling implications that included more hurricanes due to the warming ocean surfaces.

RELATED ARTICLE: Fish Poop and Their Role in Carbon Flux in the Oceans