4G Network on the Moon: NASA and Nokia Sign Deal to Make It Possible

In 2020, NASA awarded Bell Labs of Nokia a contract amounting to $14.1 million to start developing cell towers for the moon. Now, hints show how Nokia will go about it, and that's by developing a 4G network on the moon.

In an ExtremeTech report, Thierry Klein, who's running the Enterprise and Industrial Automation Research Lab at Bell Labs, a space LTE project that was previously aborted, has been given a head start on deploying LTE on the moon.

Earlier on, in 2018, Nokia collaborated with Audi and Vodafone on a private lunar LTE project, although it never came to fruition.

Nevertheless, Nokia did construct some demo equipment and held a series of tests in special test changers that replicated the lunar environment.

Such tests have helped the telecommunications company develop new hardware that can endure the numerous stresses it might encounter on the moon. 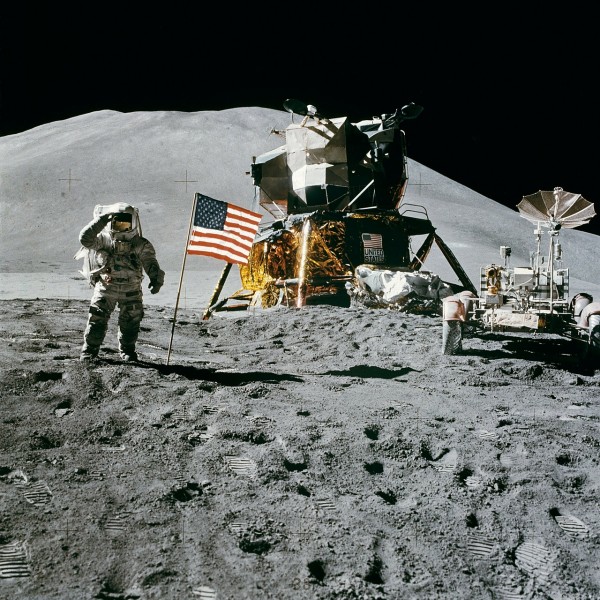 (Photo: WikiImages on Pixabay)
This lunar LTE project of NASA and Nokia will enable landers and rovers on the moon to transfer high-resolution video, as well as bundles of scientific data and information at higher speeds.

NASA has shown interest since using an established standard like LTE could lead to savings on costs and simplify communication on the moon with a lot of different contractors involved.

Nokia is currently working to incorporate its LTE equipment with a rover that Houston-based Intuitive Machines developed. According to Klein, this is the major focus of the lab for this year.

However, this report specified, if one is to envision a traditional cell tower on the moon, it is not the same. The network equipment currently being developed has been toughened to protect from radiation, fluctuations of temperatures, and vibration.

In addition, the modules are designed to compact with the baseband, radio, and processing hardware combined into one package that can be mounted to a cosmological lander.

Klein also said that the hardware will look like the small devices currently being used to strengthen cellular networks at street-level.

Systems Developed for Range and Signal

Rovers, like the one being constructed at Intuitive Machines, will have compact packages that link to the lander's LTE signal.

Essentially, the lack of atmosphere will help the signals spread although the range might be a concern. On Earth, cellular hardware is typically on top of towers that can be 100 feet tall or even more.

The lander that carries the cell site will perhaps, be just three to five meters tall. Nokia, it is currently working on two different use cases for the lunar LTE.

In one, the system would be adjusted for a short-range connection with a 300- to the 400-meter range. In the other system, a higher-powered LTE package would project a signal with a five-kilometer distance, maximum.

Nokia believes this is probable based on tests it earlier made with experimental equipment. On this planet, the mobile industry has pushed 5G as the so-called 'next big thing,' although 4G, according to a FIERCE Wireless report, would still be considered a big enhancement in terms of space-based communication.

It could enable landers and rovers on the moon to transfer high-resolution video, as well as bundles of scientific data and information at higher speeds.

A related report is shown on France 24 English's YouTube video below:

Check out more news and information on Moon and Space on Science Times.