Technology has been changing the world as we know it faster than most people are comfortable with. Mainstream things from even ten years ago are now obsolete. If you do not believe us, ask Blackberry. Or Nokia. Or DVDs. Exactly. Most technologies come and go before we have a chance to get used to them.

As a consequence, there are a lot of changes that a lot of industries undergo in a very short span of time. Right now, the video production industry is in that phase. A lot of new developments have occurred in that industry, and the melding of these is leading to unprecedented evolution in the field. The way you record, edit, and speed up video files (or everything else in-between) is changed.

In this article, we will look at the top six technologies that have led to this revolution. So, without further ado, let's begin the countdown! 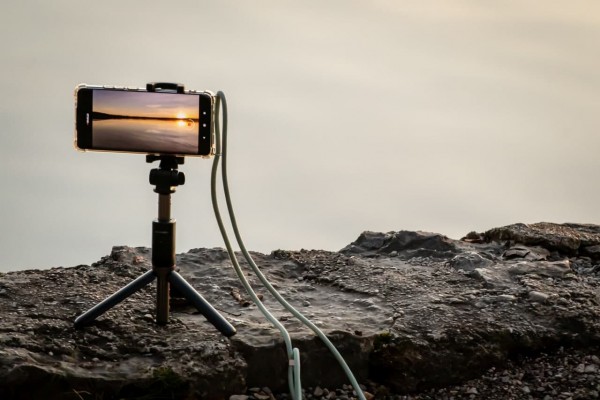 Though most people might not have access to top-of-the-line cameras or video recorders, most people will have a smartphone on their person. Thus, they have a video recorder on them, and with the levels of resolution in most smartphones today, shooting a crystal clear video is easier than it has ever been.

To accommodate, vertically shot video is getting more and more popular. There is less reason to turn your phone on the side to watch a video these days. In fact, the practice of filming on a smartphone has increased so much that there are multiple feature-length films filmed on an iPhone. As you can see, this is a trend that seems like it is here to stay. 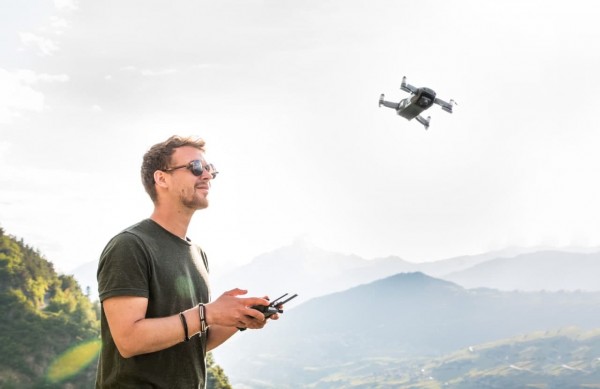 We've all seen and been mesmerized by the sweeping landscape shots that are possible with drones. Yes, drones have opened up new frontiers for cinematography, but the ride doesn't end there. Autonomous drones are the next big thing - drones with in-built code and algorithms that allow them to take perfect shots without human assistance.

Drones don't stop being impressive there. They are being paired with Virtual Reality technology to make way for drone goggles. With these goggles, you can have a first-person point of view of what your drone is looking at. No more looking at the controller and making adjustments. With drone goggles, you can live the experience, opening up completely new horizons for filmmaking.

If you thought algorithm-driven filming drones were neat, check this out. On the horizon, there is a good chance that algorithms will guide editing software and shape the way films and videos in general look. No more sitting down and working with Adobe Premiere Pro. Your software can make all the edits you need by itself.

With the advancements made in the fields of facial recognition, automatic labeling, and idiom building editing, this might go from testing to widespread acceptance and use in a matter of years! If you want to learn more about them, you can read up on it here.

YouTube has 4K videos now. Going forwards, this trend will get even more widespread as high resolution recording equipment will become easier and easier to find and own. The demand for high-resolution videos is increasing as well. As we said before, YouTube, being the largest video sharing website in the world, is normalizing watching 4K videos from home. This will only serve to whet an already growing appetite.

This demand will be met by an increasing number of video production houses producing high-resolution content. This means that there will also be a boom in the production and acquisition of high-end hardware that can handle such high-resolution videos and work with them effectively. Keep this in mind if you are in the business or are thinking about getting into it.

Going off the last point, the need to invest in your own equipment is of the utmost importance. Sometimes, to get the best equipment, you need to import - which will cost an arm and a leg. However, that is soon to become as obsolete as telegrams. Why? The answer is simple - 3D printers.

With the way 3D printer technology is set to evolve, it will be possible to print your own technology as and when required. Of course, it will take some time for 3D printing to reach that level of sophistication to be able to recreate specialist equipment, but simple things like kens caps, clapboards, and tripod plates are already being created this way. It is not as distant a dream as you may think!

Due to the high-resolution filming, the need for storage and transfer of such huge file sizes has become something of a problem. Fiber optic technology does not cut it anymore, and more and more studios are moving on to Ethernet Storage Fabrics. They offer competitive prices for all the efficiency and flexibility they bring to the table. 25GbE, 50GbE, and 100GbE ESFs can be found at all the major production houses that deal with a high volume of high-resolution video.

The world changes constantly. New technologies come into being, and old ones are replaced in a near-endless cycle. Given the positive direction the video production industry is heading in, you can be sure that it will be an exciting time ahead for all those already in the business and those hoping to make it in.