Zero New COVID-19 Cases, Deaths Recorded in Navajo Nation: Here’s What They Did

The Navajo Nation populates the largest land area for an indigenous tribe in the United States. It has reported early this week that it has zero new COVID-19 cases and deaths in the past 24 hours due to the rollout of an aggressive vaccination campaign.

According to a report from the Good News Network, tribal health officials said more than 191,000 vaccine doses have already been distributed in the community with over 87 percent of the people already getting their first-round dose.

In a statement, Tribal President Jonathan Nez said, once again, the Navajo Nation is demonstrating what can be accomplished by listening to the "public health experts and work together." He also said that hard work is paying off and prayers have been answered. 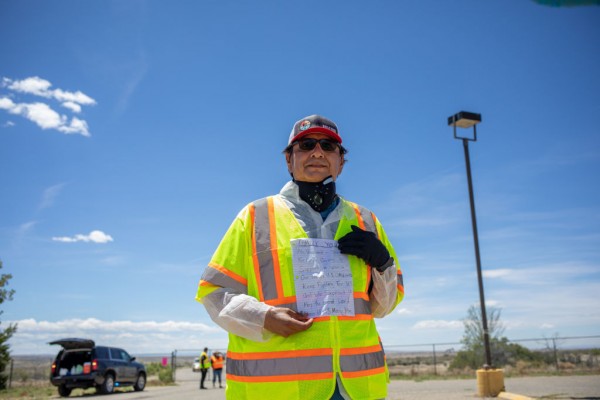 The tribe, with land stretching through Utah, Arizona, and New Mexico, according to a CNBC report, had the highest per capita infection rate in the country at the height of this global health crisis.

The last time there was a report of zero new cases in the Navajo Nation was in early September 2020, when four people died from the virus.

That hope was short-lived as there was a spike in cases again after Labor Day, with up to 400 new daily COVID-19 cases recorded and reported around November.

During a town hall meeting, President Nez said, zero new COVID-19 cases and deaths in 24 hours is remarkable. He added however that this should not get into people's heads, emphasizing, this is not the time to travel.

The news report said that the figures began to diminish as Pfizer and Modena rolled out COVID-19 vaccines across the Navajo Nation and the rest of the US after the two companies got the Food and Drug Administration's emergency approval in mid-December last year.

As of Tuesday, about 57 percent of the citizens of Navajo have received at least a single dose of the COVID-19 vaccine, while 38 percent have been completely injected with the two doses.

Vaccinations are administered to any individual aged 16 years old and above in the tribe. In addition, according to the University of Arizona, there are approximately 298,000 enrolled members of the tribe with around 170,000 Navajos living on the reservation,

The tribe recorded 49 new COVID-19 cases in the past seven days. It is also averaging around 285 tests each day, the tribal health officials said.

A previous hotspot in the US, the Navajo Nation now ranks second-to-lowest in new cases for every 100,000 citizens in the last seven days in the country, sandwiched between Puerto Rico ranking third, and Hawaii, at the lowest position.

Health officials of the tribe also said that the Navajo Nation has been in code orange for the past three weeks. Meaning, cases are on a descending path.

Its outbreak is controlled enough to now fall under code yellow. Meaning, there is no evidence of a sustained rebound of COVID-19 cases in the tribe, explained the officials.

Despite the good news, President Nez said, the tribe is not out of the pandemic yet. However, he added that COVID-19 will be defeated too, as he described the entire tribe as strong warriors and that they have the weapons to combat what he calls the modern-day monster.

A related report is shown on Fox 13 News Utah's YouTube video below: