A group of experts and volunteers in Finland will have to confirm whether the aurora borealis - or northern lights - make sounds. 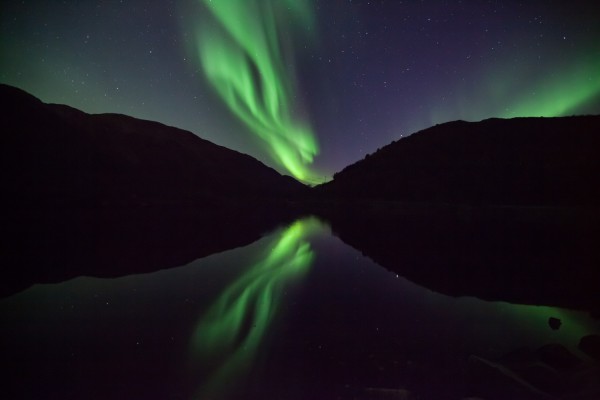 Sizzling, cracking, or whooshing sounds have been recorded for hundreds of years, especially by Indigenous peoples living in the Arctic and non-Indigenous people living in Canada, Finland, and other northern countries.

Some Canadian First Nations claim that the aurora is made up of their ancestors' spirits and that the noise is their singing.

However, there is very little evidence that solar radiation passing through the magnetosphere can produce something other than the well-known orange, pink, and purple lights.

The Brighter Color, The More You Hear

Mamie Williams, a member of the Tlingit tribe in Hoonah, Alaska, recalls her grandmothers telling her as a child to look for the northern lights.

"It's our ancestors telling us, 'We crossed over, but we're still here with you,'" said Williams, an Alaska Native Voices cultural interpreter.

Williams told CNN that when she was 14 years old, she first heard the aurora borealis sing and crackle. Since then, she has heard similar noises.

She said she once heard drumming accompanying the lights in the sky when the sky was vibrant with purples and greens.

"The brighter they get, the more you hear," Williams said.

Although stories like Dickie's and Williams' are popular among Indigenous and non-indigenous people who live in places where the northern lights can be seen regularly, there has been little scientific research into the phenomenon to date.

Listen To The Sky With Your Ears

Unto Laine, an acoustics professor at Finland's Aalto University who detected faint noises while observing the northern lights in remote Lapland, examined the mountain of anecdotal accounts and tried to come up with a theory to describe them.

He proposed in 2016 that the electrical discharges made by "temperature inversion" caused the sounds. It happens when cool air clings to the ground rather than floating above it. Warm air, which usually radiates near the soil level, rises to cover the cold air at altitudes of 60-400 meters, reversing their natural positions.

"I tested it with two hours of material I recorded in Fiskars in 2013," Laine wrote in his university press. "The model fitted the hypothesis beautifully and at the same time gave the height of the inversion layer more precisely at 78-80 meters."

Why do many people never hear something while standing under the aurora? That's because the electrical conditions would be absent if there were no temperature inversion. Hence, they wonder how it sounds like.

Laine, who gathered the data with a setup of three microphones captured over specific periods for nearly two decades, inspired a new citizen science project at the Hankasalmi Observatory in Jyväskylä, Finland. The group of researchers will use four microphones to capture possible aurora sounds 24 hours a day.

Arto Oksanen, the observatory's chief, explained that they are trying to hear the same sound with three or four microphones placed a few meters apart. This would allow researchers to distance the sound's origin and, in part, prove or disprove Laine's theory.

Check out more news and information on Rare Occurrences on Science Times.