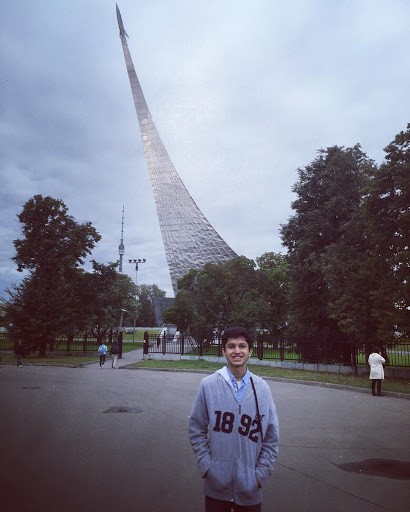 Did you ever consider tweaking your iPhone's operating system after you bought it? Or maybe become the UN's social media brand ambassador at the age of 17? You probably didn't. But Rishabh Shanbhag wasn't your ordinary teenager. At a young age, he has shown that he's in a league of his own.

Rishabh found his passion for jailbreaking at the tender age of 13. His technology and social media expertise allowed him to volunteer effectively as a social media brand ambassador for UN's #GivingTuesday movement at 17 years old. As if that was not enough, he is now a consultant in one of the Big 4 US firms. With all of these achievements under his belt, it's no surprise that he's now a social media influencer in the tech space. But what does Rishabh have to say about the myths surrounding social media platforms? Here's what he has to say.

When Rishabh was campaigning for #GivingTuesday, he had to post frequently about the movement. It was a big responsibility since he was one of the youngest faces representing the movement. But he never posted anything at random hours. According to Rishabh, you should time your posts to perfection. It isn't true that you get more likes, shares, and comments if you post any time. "If you want to reach out to your audience, you should upload posts according to their convenience, not yours. That's the biggest lesson I learned when a few of my posts didn't receive as many likes and shares as I had anticipated. It doesn't matter whether you post frequently or not. You must time your posts to get the response you expect."

Rishabh believes in the less is more approach in social media marketing. While sharing about his experiencing during the #GivingTuesday campaign, he said, "Your followers have a life too. You need to understand that. If you truly want to grab their attention, stop posting so frequently. It may not increase your follower count overnight. Instead, it looks as if you are nagging about various things. Philanthropy is indeed a noble act - however constantly tweeting the same information multiple times a day can put off followers. Tweeting once or twice a day is more effective and those interested will come forward to engage with the posts."

According to Rishabh, there is no relation between post upload time and algorithms. Post upload time relates to the convenience of your followers that can help achieve more likes and shares. On the other hand, algorithms help to promote accurate targeting. It narrows down your niche to provide a wide range of followers.

While Rishabh personally didn't have to buy followers, he still knows how the system works. And according to him, buying followers can help set up a follower base. It's the shortcut to success. There's nothing wrong with using this shortcut as long as you don't rely on it entirely.

You can follow Rishabh on Twitter. He often posts about innovative technologies and how they can change the lifestyle of people for the better.