25 Children with Autism Treated with Cord Blood: How Efficient is the Treatment?

In celebration of World Autism Awareness Day this month, a team of scientists and doctors have called on new mothers to collect and save cord blood as it could be used for lifesaving, or even life-changing treatments, specifically for autism.

An article posted in The Jerusalem Post said a cord blood treatment is beginning to give a home to some children with autism.

According to clinical and research neurobiologist Dr. Omer Bar Yosef at Sheba Medical Center, Tel Hashomer, he has thus far, treated 25 children with autism as part of a Phase II trial through the use of a protocol developed at Duke University Medical Center. In relation to this trial, patients were given a one-time infusion of their own cord blood cells.

Dr. Moshe Israeli, serving as Taburit scientific director said there is no chemotherapy involved. Israeli, who is also one of the leaders in the field of umbilical cord blood collection, as well as preservation in Israel added, "There is no concern" and it is not dangerous.

As a result, in certain circumstances, are enhanced communication, as well as social and emotional responsiveness. 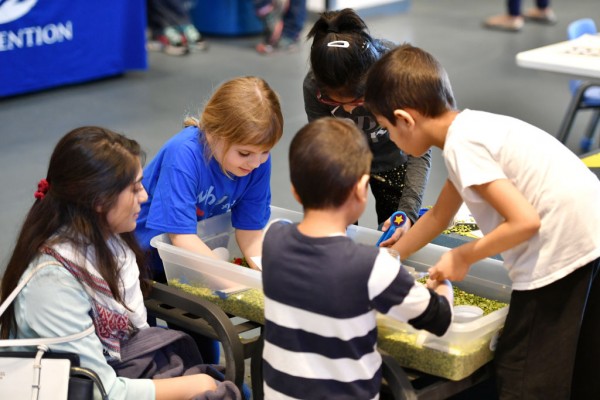 Explaining their finding published in The Journal of Pediatrics, Israeli said they don't know 100 percent why the said treatment is working. He added, there is a unique type of stem cell in the cord blood.

He added, the said cells are making their way through the blood to the brain and they think they are promoting the growth of new 'synapses' in the brain.

Synapses, as explained in the medical information site, VeryWellHealth, are essential to the function of the brain, particularly, when it comes to memory

Synapses link neurons in the brain to neurons in the rest of the body. Essentially, these cords cells are only found in cord blood and they cannot be found in adults later in life.

Within a year or two from treatment, Israeli explained, they are seeing through brain imaging that there are more synapses.

The treatment is influencing the brain to grow and turn out to be more efficient, not to mention have better communication.

In the United States, the treatment has already been authorized for compassionate use. Experts said cord blood treatments are not something new.

They have been applied for tens of years already for patient treatments for blood cancers like lymphomas and leukemia, as well as some disorders of the immune systems and blood. Israeli also explained the goal is for the completion of Phase II autism trial with around 60 patients.

To date, there are roughly 30,000 people with autism in Israel, although the rate is increasing. Roughly one in every 100 children are diagnosed to have autism, according to the Israeli Society of Children and Adult with Autism or ALUT.

The figure is expected to reach about one in every 90 later on, said Israeli, and there are 50,000 citizens expected to be with autism with the next 10 years.

Despite the treatment's efficacy Bar Yosef emphasized that the treatment is not effective for everyone. Instead, only some subsets have presented improvement.

However, even if just 20 percent of those treated improved, it would be regarded as an amazing outcome. One of those treated with cord blood is Hanna Abramovich-Biniachvili, whose child, seven-year-old Avi received the treatment two years ago.

Since then, the child has been able to better manage his mood, not to mention his relationship with space, and to interact better with his environment.

The mother said her son started to speak and make eye contact. Since the treatment, said Hannah they've seen quite a dramatic improvement.

Abramovich-Biniachvili also shared, her family has invested and continued investing in added support for the Avi to help enhance his ability to function. She believes though, the cord is what made such a difference.

RELATED ARTICLE: Happiness Depends On Where One Lives