Unprecedented lightning strikes above the Arctic Circle are expected to increase by about 100 percent or double their frequency over next years, as the climate warms, scientists from the University of California, Irvine (UCI) said in its research findings published in the journal Naturel Climate Change.

UCI Department of Earth Sciences research scientist Yang Chen, who leads the study said the researchers anticipated the changes in the frequency of lightning in high-altitude boreal forests and Arctic tundra regions.

"The size of the lightning response surprised us because expected changes at mid-latitudes are much smaller," Yang said.

Study results give a glimpse of the many changes in the Arctic region, as the planet continues to warm. Findings suggest that weather updates during the summer will be similar to those in the south, where lightning storms are more frequent.

Such an increase in lightning above the Arctic Circle will result in more wildfires and warming in the region, the study noted. This rise would also spark widespread tundra fires and double the amount of carbon in the Earth's atmosphere as the carbon dioxide-carrying permafrost in Siberia and North America would significantly melt as the Earth warms further and emit double the carbon in the Earth's atmosphere. 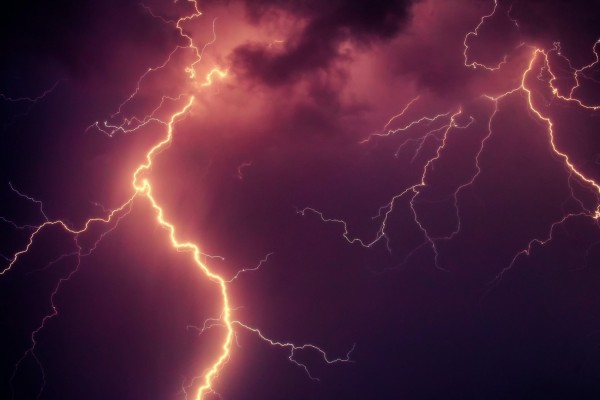 The research team said they expect lightning strikes to increase by 40 percent as the Earth warms by one degree Celsius.

These changes are seen to potentially alter the "fire regime" in the Arctic, with a direct effect on the permafrost.

Study co-author James Richardson said occurrences of wildfires in Alaska in recent years, specifically 2015, were quite far above average and connected to a rising incidence of lightning strikes.

"2015 was an exceptional fire year because of a record number of fire starts," Richardson said in a CGTN report. "One thing that got us thinking was that lightning was responsible for the record-breaking number of fires."

This made the team study 20-year-old NASA satellite data on lightning strikes in the northern regions, and determine the relationship between climatic factors and flash rate. Using climate projections from the United Nations, the researchers projected a dramatic increase in lightning strikes due to the rise in atmospheric convection and severe thunderstorms

This would unleash a gruesome amount of environmental troubles in the region. Arctic tundra fires would emit around the same amount of carbon as those in boreal forests, razing short grass, shrubs, and moss that are important to the local ecosystems.

As these low-lying plants are gutted, tree seeds could easily grow on the soil cleared by the fires. Looking at the long term, this could make forests creep northward, thus impacting the terrain's capacity to reflect sunlight, researchers noted.

They noted that their study recommends "improving lightning monitoring in the Arctic and...develop(ing) better models of lightning, fire dynamics, and feedback with vegetation and soils."