‘Double Mutant’ COVID-19 Variant Detected in California: Should We Worry?

Double mutant COVID-19 variant, as nicknamed by BBC and other news organizations, has recently been detected in California by Stanford University scientists.

Before it got its new nickname, BBC News reported the variant was initially identified in India. Yahoo! News reported that this is igniting concern among some scientists as it contains not just a single, but a pair of worrisome mutations in its genetic composition that have been found among other variants of concern currently being tracked by the United States Centers for Disease Control and Prevention.

According to the director of the Clinical Virology Laboratory at Stanford, Dr. Benjamin Pinsky, they don't know how the two mutations are behaving when they are paired together.

The presence of the newly identified variant, said Pinsky, was initially revealed by the government of India last month after a surge of COVID-19 cases was detected in the second-most populated state of the country, Maharashtra, with Mumbai as the largest city.

The double mutant COVID-19 variant is accountable for around 15 to 20 percent of new COVID-19 cases there. One day after its discovery, the Stanford lab identified a similar strain in a COVID-19 sample taken from one patient in the San Francisco Bay Area.

Pinsky explained, "We actually got our sequence back" and they found that this is in fact, the same COVID-19 strain they were talking about and thus, this fast spread throughout the world is quite impressive and a bit concerning, as well. 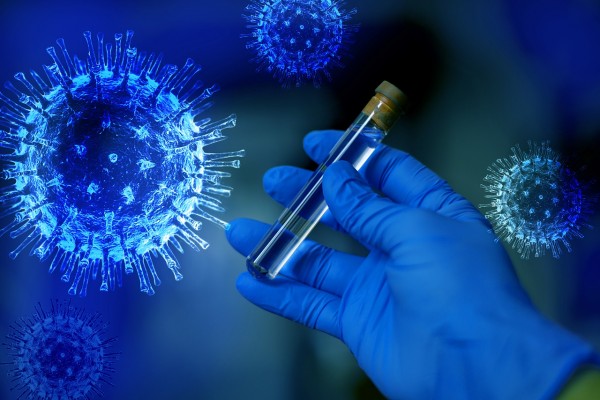 (Photo: fernando zhiminaicela on Pixabay)
Double mutant COVID-19 variant, as nicknamed by BBC and other news organizations, has recently been detected in California

Pinsky explained, the Stanford lab was able to validate the case of the new variant and seven probable cases among samples gotten from patients in the Bay Area.

According to the Los Angeles Times where the report originally appeared, none of the other strains the federal officials are currently monitoring have a similar combination of the 'Double Mutation' which comprises L452R and E484Q, in which the latter is closely associated with a more well-identified mutation called E484K.

The L452R mutation became well known in California as one discovered in the California variant, leading to a strain believed in making COVID-19 more contagious and might lead to reduced immunity in those who have been vaccinated.

Essentially, one of the two mutations, the E484Q, is closely related to the E484K mutation, which has been discovered in variants like the B.1.351 initially detected in South Africa, P.1 and P.2 in Brazil, and B.1.526 in New York.

Furthermore, the E484K mutation is also worrisome as it might provide the virus with the ability to partially evade the protective response of the immune system among vaccinated people, or individuals who have recovered from a conventional COVID-19 infection.

Commenting on the newly detected mutants, Pinsky said, that they don't know is how the said mutant will behave when they are put in the same virus.

There is a reasonable amount of information about the pair of mutants individually. However, Pinsky explained, if the condition will worsen if the two are together, they don't really know how the two mutants are going to interact.

The new variant's occurrence highlights how essential it will be to rapidly vaccinate as many people as possible.

In a briefing in March, the country's top infectious disease expert, Dr. Anthony Fauci said, B.1.526, the best known New York variant, is believed to have appeared in the Washington Heights neighborhood in Manhattan, and then rapidly transmit through the City.

According to the CDC Director Dr. Rochelle Walensky, one way variants can occur is through the infection of one person with a compromised immune system.

A COVID-19 infection in an individual who has a weak immune system, Dr. Walensky explained, could be the breeding ground of the appearance of variants for the simple reason that if one does not clear the virus fast, he is going to have an immunological selection within a given individual. This means the virus could evolve in that particular person to turn out to be even more robust.

A similar report about the 'double mutant' COVID-19 variant is shown on NBC Bay Area's YouTube video below: