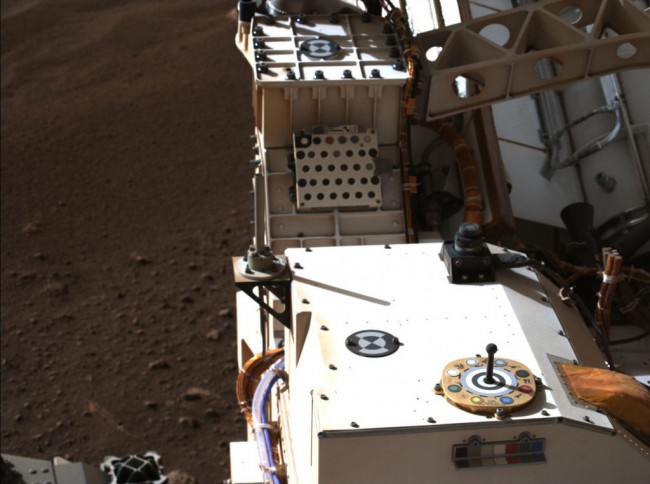 (Photo : Photo by NASA via Getty Images) MARS - UNSPECIFIED: In this handout provided by NASA, Mastcam-Z, a pair of zoomable cameras aboard NASA’s Perseverance rover, images its calibration target for the first time since the rover landed on Mars.

Now that the NASA Perseverance has landed safely on the Jezero Crater, it has begun the next phase of its mission - sending a weather report from Mars.

One of the expected differences between Earth and Mars is the weather systems prevailing on their respective surfaces. Here, humans often base their plans depending on the weather report forecasts for the day, the week, or even longer. 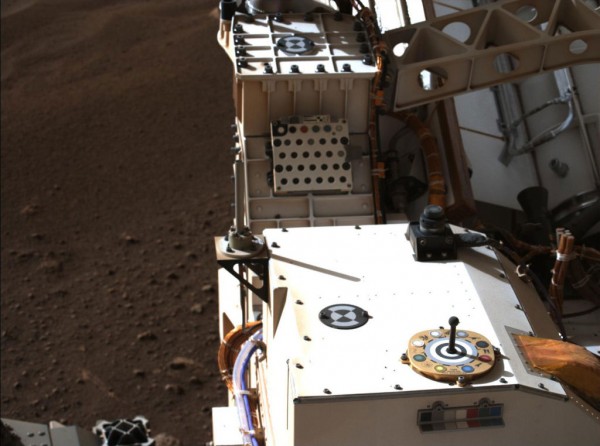 (Photo: Photo by NASA via Getty Images)
MARS - UNSPECIFIED: In this handout provided by NASA, Mastcam-Z, a pair of zoomable cameras aboard NASA’s Perseverance rover, image its calibration target for the first time since the rover landed on Mars.

Using the MEDA System Onboard the Perseverance

NASA intends to do the same on the Red Planet, with the local weather data informing them of what awaits their future plans for study. The Mars Environmental Dynamics Analyzer (MEDA) system installed onboard the NASA Perseverance Rover was first powered for half an hour last February 19, within 24 hours after the NASA rover successfully landed on the Red Planet.

Around 8:25 PM PST on the same day, engineers received the first data from MEDA.

"After a nail-biting entry descent and landing phase, our MEDA team anxiously awaited the first data that would confirm our instrument landed safely," said Jose Antonio Rodriguez-Manfredi, the principal investigator for the MEDA from the Centro de Astrobiologia (CAB) from the Instituto Nacional de Técnica Aeroespacial in Madrid, Spain, in a press release from NASA's Jet Propulsion Laboratory.

He describes the moments as of "great intensity and excitement." Now, after their years of hard work, they have received the first data from the MEDA at the NASA Perseverance rover. Rodriguez-Manfredi also added that the system is now online and is sending its first weather report, or meteorological data, from the SkyCam.

MEDA in itself weighs about 12 pounds (5.5 kilograms), containing a variety of sensors intended to measure various meteorological parameters - dust levels, wind speed and direction, pressure, air and ground temperature, relative humidity, and radiation from both the Sun and the space around it. The NASA Perseverance rover's onboard system reactivates itself every hour, records and stores data then returns to sleep. Its functions are completely independent of the rover's operations.

As the ground team received the first set of data from MEDA sensors, they collected these pieces of information to piece together the first weather report, gathered from the Jezero Crater - the location where the NASA Perseverance rover landed.

The equipped radiation and dust sensors also recorded the Jezero Crater area to be relatively cleaner than the Gale Crater at the same time period, about 2,300 miles (3,700 kilometers) away, using data from the Curiosity rover's Rover Environmental Monitoring Station (REMS).

Also, the Jezero Crater has a surface pressure of 718 Pascals (0.007 standard atmospheric pressure), right within the predicted pressure range of 705 to 735 Pascals.

According to NASA, MEDA will be offering information on Mars' temperature cycles, heat flux, dust cycles, and how the Red Planet's dust particles interact with light, which in turn affects the planet's temperature and weather systems.

Check out more news and information on the Perseverance Rover in Science Times.