Understanding turbulence has remained one of the longstanding challenges in classical physics, with Nobel laureate Richard Feynman calling it "the most important unsolved problem." Now, a team of engineering researchers has taken a step forward with a new visualization of how vortices behave in a quantum fluid.

Researchers from the Florida State University created a visualization of moving vortices in a quantum fluid, presenting their study's details in the article "Superdiffusion of quantized vortices uncovering scaling laws in quantum turbulence," appearing in the latest Proceedings of the National Academy of Sciences (PNAS). 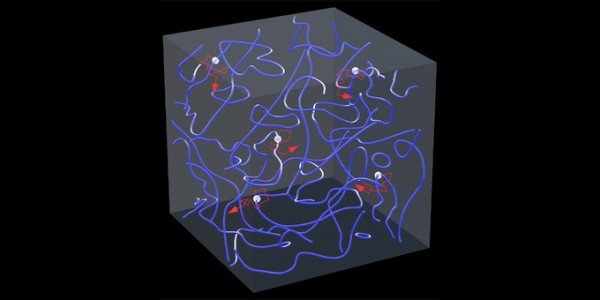 ALSO READ: Uncovering the Mysteries of Turbulence With a New Model to Explain It Devised by Scientists

The Challenge of Modeling Turbulence

In its simplest sense, turbulence refers to the irregular movement of fluids like air or water resulting from a mix of different factors like currents and eddies. One of the difficulties in understanding this partially chaotic phenomenon is in locating and identifying the vortices that flow within these fluids. Finding and tracking their motion means that the turbulence could be modeled in a simpler manner.

However, these challenges are supposedly easier in quantum fluids. These are fluids that exist at extremely low temperatures where quantum mechanics are now in charge of their behavior instead of classical mechanics as observable in the natural environment. With the new study, researchers hope that future studies could use their models to better understand how turbulence works n quantum fluids and beyond.

"Our study is important not only because it broadens our understanding of turbulence in general, but also because it could benefit the studies of various physical systems that also involve vortex tubes, such as superconductors and even neutron stars," said Wei Guo, principal investigator of the study and an associate professor of mechanical engineering the College of Engineering at the Florida A&M University and Florida State University (FAMU-FSU), in a news release from the university.

Following Vortices in a Quantum Fluid

In their research, the FSU team used the superfluid helium-4, which is a quantum fluid in low temperatures and can flow indefinitely in a narrow space with virtually zero friction. Researchers followed tracer particles embedded in the quantum fluid, trapped in the vortices. For the first time, they followed how the particles initially appeared to move randomly before rapidly moving away from their starting points.

Additionally, the displacement of these trackers on the quantum fluid was observed to increase with time faster than those being in regular molecular diffusion. This behavior in the helium-4 was described as a case of superdiffusion.

Analyzing their movements led the researchers to understand how vortex velocities change over time - an important component for generating a statistical model of quantum fluid turbulence.

Guo explains that superdiffusion has already been observed in other natural systems like cellular transport systems in living creatures and in the search patterns of human hunter-gatherers. He adds that one explanation of the phenomenon for randomly-moving things is in the presence of unusually long displacements that are known as Lévy flights.

However, the superdiffusion in tracers in the quantum fluid was not from Lévy flights but from something else.

"We finally figured out that the superdiffusion we observed was caused by the relationship between the vortex velocities at different times," explains Yuan Tang, a co-author of the study and a postdoc researcher at the National High Magnetic Field Laboratory also in FSU. While the motion of each vortex appeared initially random, it was actually a function that positively correlates to the velocity at the following time instance. This relationship uncovers a previously unknown property occurring at a chaotic, random vortex tangle, which has applications in multiple branches of physics.

Check out more news and information on Turbulence in Science Times.