Food scientist Iuri Baptista of the University of Campinas in São Paulo, Brazil, and his colleagues investigated color perception on food, particularly on how people would expect chocolate would taste based on its packaging.

Their study, entitled "Effects of packaging color on expected flavor, texture and liking of chocolate in Brazil and France" published in the International Journal of Gastronomy and Food Science, involved 420 respondents between the ages of 18 and 60 wherein half of them are in France and the other half are in Brazil.

They found that black chocolate wrappers make consumers think that the confectionary will taste more bitter, while yellow and pink packaging is associated with sweetness, New Scientist reported.

Moreover, participants expected that they would enjoy milk chocolate more on black wrappers but not on dark chocolate. 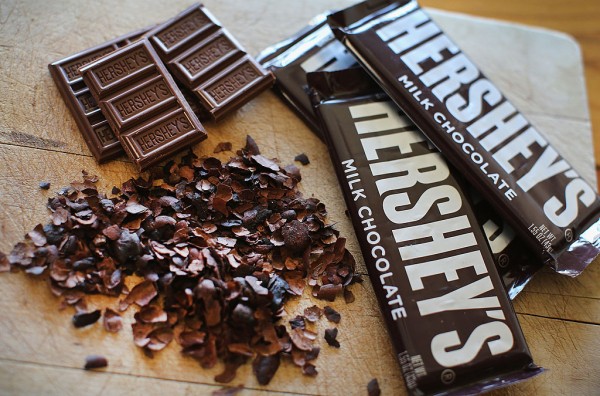 Baptista said that the study has shown that it is not only the color of the product itself that creates expectations and perceptions on the food or drink, but also the colors of the tableware, packaging, and environment.

This is because brains immediately look for cues that match previous experiences and try to anticipate what is an object's characteristics, MailOnline reported.

"This process creates expectations that have been shown to affect the behavioral response, sensory perception, and neural activation," Baptista said.

Baptista and his team showed each respondent a photograph of two milk chocolate and two dark chocolate bars that came in specific color packaging: black, blue, brown, green, red, pink, and yellow. Then they were asked to rank the chocolates on how sweet or bitter they might be using a nine-point scale.

Their findings suggest that respondents expected both dark and milk chocolates to taste the most bitter and the least to be sweet when in black packaging. But the opposite is true in yellow and pink wrappers which make people think they are the sweetest and the least bitter.

Furthermore, respondents like milk chocolate more when it comes in a black package. However, this does not apply to dark chocolate.

Surprisingly, both groups of respondents from France and Brazil showed no significant difference despite having different chocolate habits.

Researchers are planning to investigate whether wrapping chocolates in different colors will change the perceptions of consumers rather than just how they expect it to taste. They noted that the effects of color on food must be further investigated to help industries, artisans, chefs, and others in improving their food products and services.

According to Spoon University, color has a massive impact on how a consumer perceives it. Colors are perceived individually as having different food quality, whether the food would taste sweet or bitter.

Red-colored foods are perceived to be the sweetest, while blue-colored foods tend to give off an unappetizing vibe as it is seldom found in nature mostly on poisonous species.

But color perception on food quality is a subjective experience. People from different cultures perceive food quality based on its color differently. What might be appetizing to one person might not have the same effect on another individual.

RELATED ARTICLE: Why Do We See Colors Differently?

Check out more news and information on Colors and Perceptions in Science Times.