Vibrations From Spiderwebs Turned Into Music: Listen to Its Beautiful Sound

Spiderwebs are complex natural phenomena that are found everywhere that an arachnid lives. Spiders use their sticky webs to trap insects that will serve as their dinner. They approach their prey and use their fangs and venom to kill it.

But they also use it to perceive their environment. The vibrations from the spiderwebs create sounds that other arachnids hear but not humans.

To hear the sounds created by these vibrations, scientists from MIT launched a data sonification project that puts humans in the spider's shoes to experience the spiderwebs. They said that it could someday be used to reverse engineer spider's reality and communicate with the arachnids. 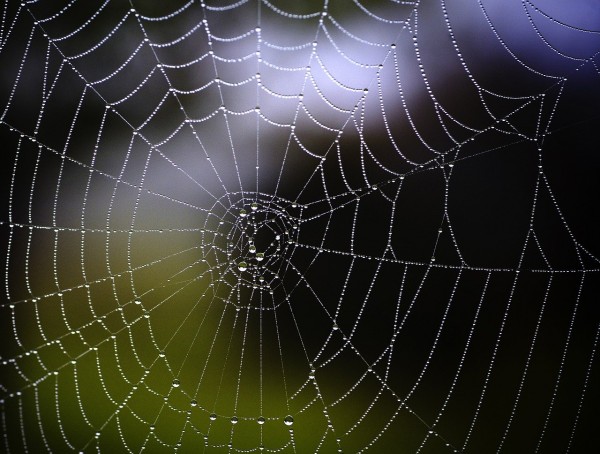 (Photo: Pixabay)
Vibrations From Spiderwebs Turned Into Music: Listen To Its Beautiful Sound

Project leader MIT engineering professor Markus Buehler said that spiders are essentially blind. Hence, the way they experience their environment is through vibrations, either via their web or by communicating with each other, like tapping on the floor to attract mates.

According to Vice, the team used a sonification process that turns data into identifiable sounds to create music from the sounds coming from the vibrations.

The sonification process has been applied to other data sources, like objects in outer space, the US housing bubble, and climate change effects on forest composition. Sonifying, the structure of the spiderwebs, was a fitting choice because it relies on vibration to understand their environment, Buehler said.

Buehler and his team worked on the range of sounds that humans can hear and used the physics of spiderwebs to assign audible tunes to a specific unique tension and vibration in every string.

Then they summed up every tone that a string created into an interactive model of the web that produces sound through VR navigation.

Buehler presented their team's findings of the spiderweb data sonification research at a meeting of the American Chemical Society, Digital Music News reported.

"What we're trying to do is expand how we generate sound in music and how we compose music," Buehler said.

He presented a music video showing their project and told scientists attending the conference that at first, there is a sound dissonant to the human ear, and after some time, the sound becomes familiar.

The result of their project is a beautiful, and soft constant rustle of bells. The spiderwebs music video created by the team displayed a 3D rendering of a web being stretched that evoked the sound of an airplane taking off.

They also created another video showing the virtual reality of navigating the spiderweb, which sounded like the score of a thriller movie or the first bars of Pink Floyd's 'Time,' according to Vice.

Buehler and his long-time collaborator Tomás Saraceno, an Argentinian artist, have many plans for the project. Saraceno records the sounds from the spiderwebs, and Buehler will use AI to generate spider sounds and measure actual spiders' reactions.

Buehler hopes that their sonification project's data will spark more studies on audio research, which helped scientists understand how spiders see the world.

Check out more news and information on Music and Spiders in Science Times.