Yogurt as COVID-19 Cure: How Probiotics Help Fight Against Coronavirus

The effectiveness of yogurt as a COVID-19 cure is now one of the much-discussed topics involving the illness especially that a new study specified that Kefir, which is similar to this healthy dessert, could be used for the treatment of cytokine storms caused by COVID-19.

According to a report from The Jerusalem Post, researchers from the Ben-Gurion University of the Negev say they have found molecules in kefir that is effective in treating different inflammatory conditions including 'cytokine storms,' which as earlier mentioned, are caused by COVID-19.

Kefir, which is similar to yogurt although thinner in consistency, is a fermented drink made by inoculating milk of goat or cow with microorganism mixtures including bacteria and yeast.

Essentially, a cytokine storm occurs when the immune system of a body goes into overdrive and attacks itself, one of the main causes of death in COVID-19 patients. 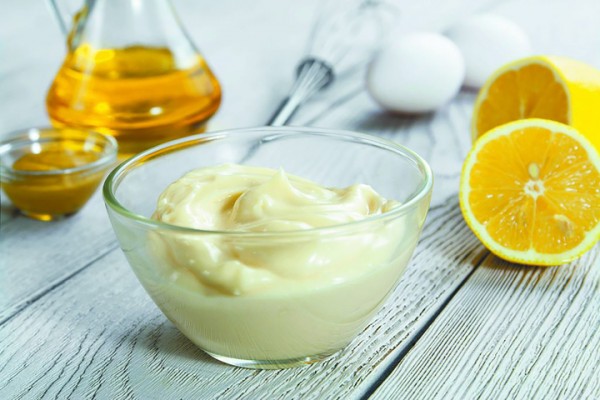 (Photo: MariaPolna on PxHere)
Malka noticed that yogurt had a therapeutic effect and started to study it in the lab of Jelinek.

The study, Cross-kingdom inhibition of bacterial virulence and communication by probiotic yeast metabolites, was conducted by Ph.D. student Orit Malka and Professor Raz Jelinek, BGU's vice president and dean for research and development. It was recently published in the Peer-reviewed Microbiome journal.

Several years prior to this global health crisis, Malka noticed that yogurt had a therapeutic effect and started to study it in the lab of Jelinek. Specifically, they identified molecules in the yogurt that had strong antibacterial and anti-inflammatory properties.

Jelinek explained that one of the main reasons people are dying of COVID-19 is the cytokine storm. These are immune molecules designed to help the body combat invaders like viruses.

However, in certain circumstances, researchers don't have any idea exactly, why the body is going into a sort of overdrive and secreting a lot of cytokines-a lot that it kills people. That, the expert added, is what happens during COVID-19.

Jelinek also said, they knew that they discovered the said molecules in yogurt with anti-inflammatory properties, and thus when COVID-19 began, they said, they'd see if such molecules could help against cytokine storms which, according to WebMD, could be fueling some COVID-19 deaths.

Jelinek and Malka induced cytokine storms in rats. They observed what transpired. As a result of their observation, the mice with the storm and who were not treated died.

However, the mice that were treated using molecules they identified in the yogurt had a full recovery. The molecules not just eliminated the cytokine storm. They restored balance as well to the immune system.

According to the researchers, they administered the molecules to the mice through their mouths. They were placed in water and entered the digestive systems of the mice just like a normal drink.

During the pandemic, the two study authors had hoped they could give the said molecules to patients suffering from critical conditions.

However, regulatory hurdles caused the delay of the process and they did not succeed, said Jelinek.  Now, their next step is to do clinical trials with other cytokine storms.

Such storms, Jelinek elaborated, do not only take place with COVID-19. This is quite a bad condition, he explained adding, with really quite a few treatments against it.

Benefit of Probiotic in Treating Illness

Jelinek said he and Malka conducted other studies with the kefir and they were able to present that the molecules have the potential to fight pathogenic bacteria.

Specifically, the two exhibited that the molecules were able to substantially lessen the virulence of cholera's causative agent, said Jelinek.

This is a pioneering demonstration that human pathogenic bacteria's virulence can be alleviated by molecules hidden in probiotic milk products like yogurt or kefir.

The study author said that he does not think there were any molecular mechanisms people knew for sure would have a treatment effect but they know.

Related information is shown on Action Needed's YouTube video below: