While the effects of noise pollutions have been observed in humans and animals, a new study shows its effect on plants - and it might be more persistent than observed anywhere else.

Researchers from California Polytechnic State University found that noise pollution affects plant life in an ecosystem stays even after the source of noise has been removed. This is also the first study to observe the long-term effects of noise pollution on plant communities.

They presented their findings in the latest Proceedings of the Royal Society B in an article titled "Long-term noise pollution affects seedling recruitment, community composition, and negative effects persist after removal." 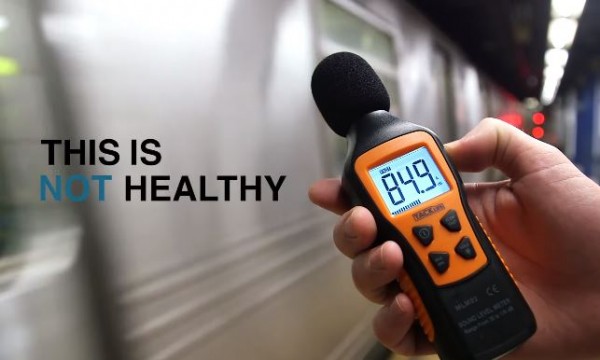 A previous study was done twelve years ago near natural gas wells in New Mexico. In it, researchers said that there were 75 percent fewer piñon pine seedlings in noisy areas compared to the more quiet ones. It was believed that the noise drove the Woodhouse's scrub jay away, which pollinates pine seeds as they try to store them as food during the winter months.

Another research team returned to the New Mexico site to check whether the piñon pines were able to make recovery over the past year. Since gas companies change sites where they use noisy compressors to extract natural gas, the previously noisy sites might have become quiet - and the other way around.

In these areas, researchers found that there were still fewer seedlings and saplings compared to locations that never had the compressors installed to the natural oil well pads for faster gas extraction.

"The effects of human noise pollution are growing into the structure of these woodland communities," said Clint Francis, biology professor and senior author of the study, in a news release from Cal Poly. He adds that the phenomenon they observed shows that removal of the source of noise pollutants does not necessarily mean that the plants will recover.

While researchers are aware of the possibility that the piñon pine has decreased because of lacking opportunities to produce, it's likely that the Woodhouse's scrub jay has not returned to the formerly noisy location, which in turn prohibits them from planting seeds.

Jennifer Philips, lead author of the new study while a Cal Poly postdoc and now a professor at Texas A&M San Antonio, explains that some animals have episodic memory. This means that scrub-jays, for example, learn which places to avoid - including noisy places. While there is a possibility that they might rediscover areas, especially when they've changed, Philips admits that they have no idea how long this might take.

Additionally, researchers discovered differences in juniper seedlings and flowering plant communities depending on noise levels and whether these levels have changed due to the removal of natural oil compressors. As expected, places with more noise pollution saw fewer juniper seedlings and other plants compared to the quiet sites.

"Our results reveal that plant communities change in lots of ways with noise exposure," Francis added. While they have gained understanding by observing piñon pines and jays, they were also able to make observations on the effect of noise on other plants.

Check out more news and information on Noise Pollution in Science Times.