Will UAE Send Its Own Lunar Rover to the Moon Through Japan’s ispace?

The United Arab Emirates is working with ispace, a Japanese space corporation, to help the Gulf nation land a rover to the Moon next year.

BGR said the rover is being designed by a team of engineers and scientists at Dubai's Mohammed bin Rashid Space Centre (MBRSC). Japanese firm ispace would then transport it on a SpaceX Falcon 9 rocket.

According to the deal, ispace will also provide wired communication and power to the Emirates Lunar Mission during the cruise process and wireless communication on the Moon, the company said on Wednesday. 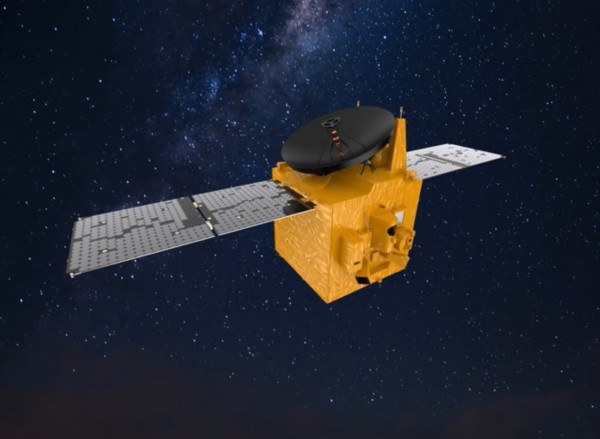 When Will UAE Send its Own Rover to the Moon?

CNN said ispace (yes, it's all lower case for some reason) has reached an agreement to send its rover to the Moon with the Dubai Space Center. What's even more intriguing is that this mission will be completed even earlier than the team had expected.

MBRSC had planned on launching its rover no earlier than 2024. They had planned on that date ahead of time. Then ispace came along and gave the group the chance to start in 2022, and after a two-year delay, the group agreed.

Why Will UAE Send Its Own Rover to the Moon?

The mission's primary focus will be on regolith, the substance that coats the Moon's surface, as well as Moondust. New spacesuits for human astronauts who fly to the lunar surface in the future will be developed as a result of discoveries made during the mission and advances made as a result of those discoveries.

The UAE mission aims to learn more about lunar dust, lunar soil, and airless bodies, which are space objects without an atmosphere. One of the tests, according to AlRais, may help decide the materials used in space suits and the landing mechanisms used to land humans on the moon. He adds that the landing site will be revealed shortly.

What's the Name of UAE's Rover?

The rover, named Rashid after Sheikh Rashid bin Saeed Al Maktoum, the former ruler of Dubai, will hold six instruments and weigh under 22 pounds. Using two high-resolution sensors, a microscopic camera, and a thermal imaging camera, it will collect and send data and photographs back to scientists on Earth.

CNN said coping with the harsh atmosphere on the moon, where temperatures can exceed minus 200 degrees Celsius, is one of the difficulties it faces. NASA plans to launch VIPER, a $250 million rover to the moon's south pole, in 2023. Other nations, such as the United Kingdom, Russia, and Japan, are planning lunar missions.

Will UAE Be the First to Successfully Settle on Mars?

The UAE Lunar Mission is part of a larger plan to send a spacecraft to Mars by 2117. According to scientists, the unmanned moon mission may serve as a foundation for this project.

"The moon is our gateway to Mars," says AlRais. "The Mars 2117 strategy is our long-term vision to build a settlement on the surface of Mars.

"In order to do that, we need to focus on the development of certain science and technologies," he adds. "We will use the moon to test those technologies."