Genetically Modified Mosquitoes in Florida Keys: What Can These Insects Do?

Oxitec, a biotechnology firm, expects to unleash genetically modified mosquitoes in the Florida Keys this spring. Dengue fever, a potentially fatal disease, and other mosquito-borne viruses, such as Zika, are primarily transmitted by the Aedes aegypti mosquito, according to Oxitec.

The US Centers for Disease Control and Prevention (CDC) said they registered more than 7,300 dengue cases in the United States between 2010 and 2020. The majority occurred in Asia and the Caribbean. Still, Florida Health noted 41 travel-related issues in the state than 71 locally transmitted cases. 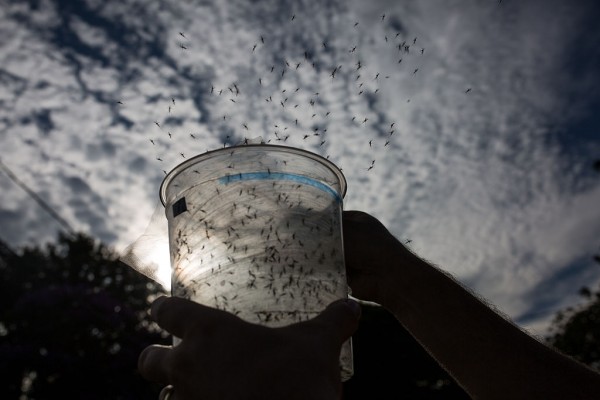 Genetically Modified Mosquitoes: Mosquito-Borne Diseases Are A Thing In The U.S.

Dr. Nathan Rose, Oxitec's Head of Regulator Affairs, told Fox that his company's genetically modified mosquitoes would be published in the hopes of fostering scientific findings that can be used in other fields.

"So [the] mosquito-borne disease is a thing in the U.S., and it's likely to get worse in the future as a result of climate change," Rose said. He explained that these mosquitoes are moving northward from the Gulf Coast, into more and more of the continental United States.

The diseases are a significant issue since there are no effective vaccines or drugs to cure them, Rose said. Therefore, he said the only way to contain them is to control the mosquitoes that spread them.

The male mosquitos developed by Oxitec have a "self-limiting" gene that deceives the wild female population once mating begins. That's when Rose and the business, which has received permission from the Environmental Protection Agency and the Centers for Disease Control and Prevention to test the insects, said the plan could work.

ALSO READ: FDA Approves Use of Genetically Modified Pigs For the First Time

Female mosquitoes will develop offspring that will not survive to adulthood after mating with genetically modified males, according to Oxitec. They said it will effectively reduce the number of mosquitoes along a portion of the Gulf of Mexico's island chain. That is, at least, the plan.

According to the Keys Mosquito Project's website, the Florida Keys Mosquito Control District Board of Commissioners approved the project in August of last year.

"This project will be overseen by FKMCD, the EPA, and the Florida Department of Agriculture and Consumer Services (FDACS). Independent evaluation of the project will be provided by the U.S. CDC, University of Florida, Monroe County Department of Health, and local leaders, forming a broad and diverse coalition to support this effort," the company stated.

Oxitec said it performed similar tests in 2016 in both Brazil and the Cayman Islands, with no negative side effects or disruption to the natural ecosystems in either place. Rose is optimistic that the first experiment in the United States would produce similar results.

Following a successful trial in the Florida Keys, the aim would be to use the same genetically modified mosquitoes around the country - assuming the federal government approved the proposal.

The first of Oxitec's mosquitoes will be released in select communities in the Florida Keys between mile markers 10 and 93, but away from citrus growing operations and wastewater treatment facilities.

Some residents in the Florida Keys have expressed concerns about the project, according to the Fox story. Still, Oxitec has assured them that there is no need to be concerned.

RELATED ARTICLE: Genetically-Modified Fungus May Stop the Spread of Malaria