Fans of SpaceX, and rockets in general, are in for a busy week. Two landmark flights, Elon Musk's Starship SN15 and Crew-2, are set to take off soon. 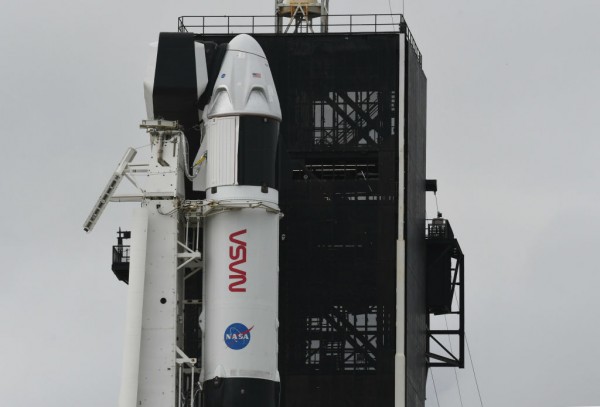 When Will SpaceX SN15 Launch?

SpaceX is finally able to test-fly the next Starship concept, SN15, this week, three weeks after SN11 exploded in the dense fog of the Boca Chica, Texas test site. Yes, you read that right - SpaceX seems to have omitted the SN12, SN13, and SN14 versions.

SpaceX would attempt to fly SN15 to a height of approximately 6 miles (10 kilometers) and then land it in one piece, as it did with the previous four Starship versions. High-altitude prototypes in the past have all exploded either before or shortly after landing.

According to Express.co.uk, SpaceX has demanded road closures along Boca Chica on April 19, with alternate dates of April 20 and 21.

When SpaceX is about to launch, road closing announcements are common practice to keep the public and staff away from the launch site.

However, the road closures for April 19 and 20 were canceled, leaving only April 21.

Even so, SpaceX has downgraded the road closure to a "non-flight" status, indicating that it is most likely just a static fire test.

Engineers would light up all of the engines during a static fire test, which occurs when the rocket remains stationary on the stage.

By doing so, SpaceX will see if the SN15's rockets have any issues that could jeopardize its chances of survival.

"Once the Static Fire test has been completed, SpaceX will conduct a data review. On several previous occasions, the data has called for an engine swap," NASA SpaceFlight said.

"SN15's flight is still waiting for the final green light from a documentation standpoint, which will come from the FAA," the report added.

Although the earliest launch date is now Thursday, SN15's flight is still awaiting final documentation approval from the FAA.

Following the static fire evaluation, SpaceX is likely to have more information about when the launch will take place. After all four previous Starship rocket launches ended in a ball of fire, SpaceX will be looking to nail this launch.

The SN11's rockets slowly shut down mid-flight as it cruised at a height of 10 kilometers. Unfortunately for SpaceX, they could not reattach the three rockets before the SN11 was nearly at the field, where it landed on its hand.

As the SN11 cameras shut down, a massive explosion occurred, with debris raining down across the launch site, as recorded by NASA Space Flight. All three of SN11's predecessors landed safely but exploded soon after or on impact.

SN15 rolls to launch pad in a few days. It has hundreds of design improvements across structures, avionics/software & engine.

Hopefully, one of those improvements covers this problem. If not, then retrofit will add a few more days.

When is the Crew-2 Launch?

Meanwhile, NASA revealed that Starship would be the agency's moon-landing spacecraft as part of the Artemis initiative last Friday. According to NASA's strategy, SpaceX has until 2024 to develop a Starship capable of landing on the moon. However, it must first be able to land on Earth.

Using a Dragon capsule atop a Falcon 9 rocket, SpaceX will launch four astronauts to the International Space Station for a six-month mission on Thursday. SpaceX's Crew-2 launch will be the company's second operating mission under NASA's Commercial Crew Program.

Last May, SpaceX completed the construction of the Falcon 9-Dragon system, and in November, it launched the first full-crew flight. Boeing, which requires a docking room on the ISS to test its rival crew spacecraft, Starliner, had a problem because of its busy crew and cargo flights to the space station.

NASA TV will broadcast the Crew 2 mission. On Thursday, the live stream will begin at 6:11 a.m. ET.