Robots can now do almost anything, like walk, jump, dance and so much more. A study entitled "What robots want? Hearing the inner voice of a robot" published in the journal iScience, reported that a humanoid robot named Pepper completes a task using self-talk while making decisions on how to go on with the chore.

Self-talk is used by humans to evaluate situations to make more informed decisions. Now, a robot can do that too, and it even speaks aloud its inner decision-making process that tells people how they prioritize competing demands.

Pepper is the first social humanoid robot developed by SoftBank Robotics, designed to recognize people's faces and basic emotions. It was introduced on June 5, 2014, during a conference and was showcased in SoftBank Mobile phone stores in Japan. 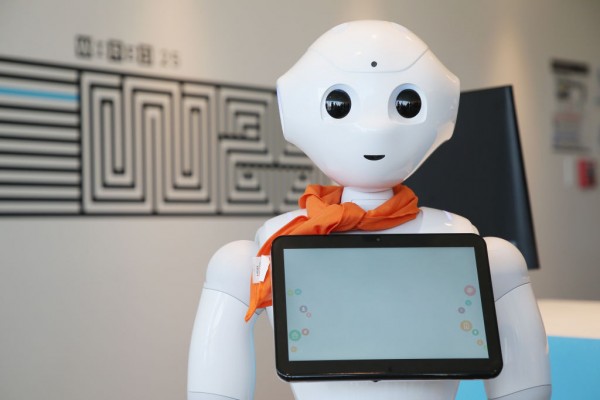 Italian researchers from the University of Palermo's Robotics Lab have modified SoftBank's Pepper to think aloud, enabling users to hear their thought process and understand how they make decisions, Courthouse News reported.

"If you were able to hear what the robots are thinking, then the robot might be more trustworthy," Antonio Chella said, the co-author of the study. "The robots will be easier to understand for laypeople, and you don't need to be a technician or engineer. In a sense, we can communicate and collaborate with the robot better."

Together with fellow scientist Arian Pipitone, they redesigned Pepper to speak as it finishes the task of setting a dinner table. The scientists used the ACT-R software that models human cognitive processes, as well as standard routines for text-to-speech (TTS) and speech-to-text (STT) processing.

This enabled Pepper to say aloud its decision-making process. Chella said that self-talk helps them better understand what a robot like Pepper wants to do and what is its plan.

The self-talk helped Pepper become better at solving dilemmas, like what it did when setting a dinner table. Pepper was asked to place a napkin at the wrong spot which contradicts the rules of etiquette. But Pepper started asking itself before concluding the user might be confused.

"Ehm, this situation upsets me. I would never break the rules, but I can't upset him, so I'm doing what he wants," Pepper said to himself before placing the napkin at the spot where the user directs it to be.

Robots will soon become more common in the future and self-talk software programs in robots will help maintain people's trust in them, says Sarah Sebo of the University of Chicago.

She added that this experiment only uses one participant in the study, making it unclear whether their approach is comparable to using it on a wide range of participants, New Scientist reported.

Pipitone said that hearing robot self-talk increases the trust of humans in robots that have implications on using the machine for cooperative tasks. For instance, robots are widely used today in the medical field and it would be helpful for the medical professionals and other users to understand how and why the robot came up with its decision.

RELATED ARTICLE: Creators of Sophia the Robot Plan to Mass-Produce Robots this Year