Lunar Lander Gateway: NASA Shares How It Looks Like

In recent months, we've learned a lot about the Lunar Gateway. But reading about it and seeing the spacecraft are two very different things. Thankfully, the European Space Agency just posted a slew of new Gateway renders to its Flickr account. They're giving us our best look yet at what the US space agency is doing.

The Lunar Gateway is an orbiting space station that will travel around the Moon and serve as a launching pad for or from the Earth. The plan is for a crewed spacecraft to dock with the Gateway and then take a separate vehicle to the Earth. The astronauts will return to the Gateway after the mission is completed, board their ship, and return to Earth. 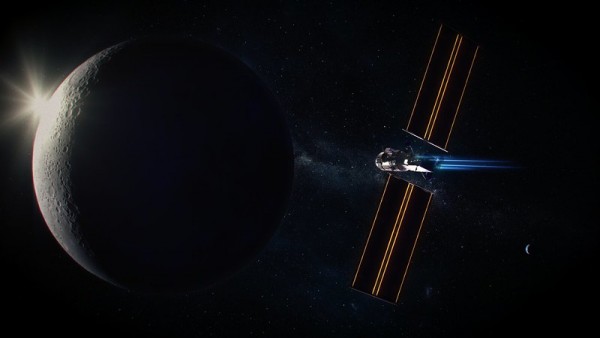 (Photo: NASA/Flickr)
An orbital outpost around the Moon provides vital support for a sustainable, long-term human return to the lunar surface. It is a critical component of the Artemis program.

The revelation came after NASA chose SpaceX to design human landers to send astronauts to the Moon.

At the time, SpaceX's plan outlined a lunar version of the Starship with NASA logos emblazoned on the cone. The plan included a "spacious cabin" for the astronauts and two airlocks for lunar exploration.

According to Inverse, Elon Musk revealed in June 2020 that moon-bound ships would land on the rocky surface using new legs with a wider stance. Heatshields and flaps, which are less necessary for missions to the Moon, will be removed to maximize the amount of payload the ship would bring to the surface.

The newer model images contrast sharply with an earlier one, which depicted a more complex Starship with the aforementioned flaps and was revealed in November 2019.

A version of the Starship with the NASA logo at the Texas facility circulated online last year.

How Does the Moon Mission Lunar Lander Gateway Work?

Daily Mail said NASA will collaborate with some established International Space Station partners, including Europe, Japan, and Canada, on the orbiting lab, which will have a four-person capacity.

Commercial partners will build large portions of the station. It will provide a docking port for the SpaceX Starship lunar lander, which will shuttle astronauts between the orbital base and the Moon's surface.

By monitoring radiation levels, NASA has announced that the platform would help solve one of the key issues for space exploration beyond Earth's orbit.

They will launch the radiation-detecting research suite within the first module of the multipurpose international outpost, which will be in an extremely elliptical seven-day orbit around the Moon.

It sounds like a fantastic idea. If NASA can pull it off, it would undoubtedly make launching the Moon mission simpler and possibly even cheaper. Of course, that's a major "if." While NASA has been wholly committed to the Artemis program for some time, constructing a space station around the Moon poses many challenges.

There has never been a project like the Lunar Gateway. As the spacecraft is constructed, it will necessitate the cooperation of many countries. Russia was going to be one of those nations, and in late 2017, NASA and Russia's Roscomos announced an informal agreement. However, due to criticism that the Artemis initiative was too US-centric, Russia declared in 2020 that it would not be participating in the Gateway project.

The first elements of the Gateway are expected to launch in 2024, but it's unknown how long it'll take to completely flesh out the space station so that it can serve as a temporary home and research center for astronauts traveling to and from the Moon. It's possible that, like the International Space Station, the Gateway will get new hardware and possibly new modules over time. It will initially be able to accommodate up to four astronauts at a time, but this could change in the future.

RELATED ARTICLE: Moon Exploration: Why China and Russia are Teaming Up for a Lunar Base