NASA is gearing up to return to the lunar surface with the Artemis mission aiming to return astronauts to the moon within the decade. This time, though, the space agency says the first woman to go to the moon would also be on the first Artemis flight to space. 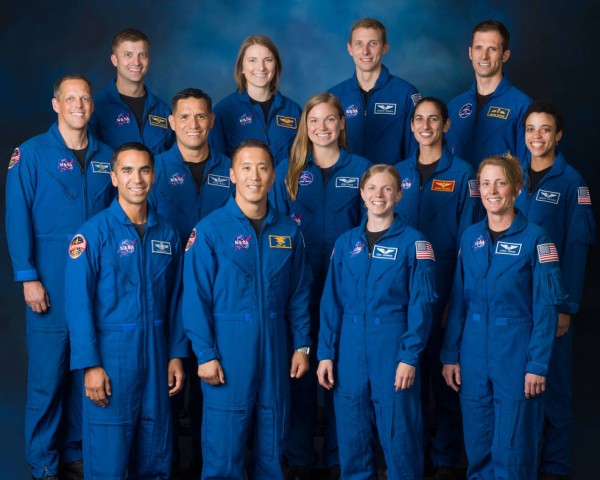 Sending astronauts on a round-trip mission to the surface of another planet is probably the pinnacle of a space program's accomplishments. However, those journeys are perilous, and completing them safely requires years of preparation, which is why NASA astronauts are preparing for a potential lunar mission.

NASA Administrator Jim Bridenstine said at a meeting of the National Space Council that the agency's mission is to travel to the moon sustainably, to learn how to survive and work on another planet.

How Would Female Astronauts Run the Space Race?

It's the same space where the Apollo 11 mission took off. The first flight of the Artemis missions will take off from the same room.

"So there is no place on launch day that I would wanna be but right here," Blackwell-Thompson said.

NASA needs to explore more of the lunar surface using new technology than it did during the Apollo missions to the moon in the late 1960s and 1970s.

The longer-term aim is to build and sustain a permanent foothold on the moon, after which the focus will shift to Mars.

Charlie Blackwell-Thompson said 30 percent of the engineers in her firing room would be women on launch day.

Is NASA Partnering With SpaceX for The Artemis Mission?

Jody Singer, another female first for NASA, said Elon Musk's SpaceX would send Gateway's components on one of its Falcon Heavy rockets.

The Falcon Heavy is now in the air; its first launch sent Elon Musk's Tesla Roadster into Mars a few years ago; indeed, it really happened.

According to Singer, SpaceX is an example of NASA collaborating with commercial launch providers.

All of the Apollo moon missions were launched atop massive Saturn five rockets, which were the most powerful rockets on the planet. Blackwell-Thompson said the new rocket from NASA is much more powerful.

Hundreds of thousands of gallons of propellant will be used in the center stage. At liftoff, the thrust was over eight million pounds.

The Space Launch System, or SLS, is the most powerful rocket ever designed. It has yet to fly after a decade of production, and its four main engines have only been shot once, in a flight.

Are We Really in a Space Fight?

There are six American flags, one for each Apollo landing on the Moon. However, the most recent flag there is from China, which was left by a robotic lander that gathered samples and returned them to Earth last year. Beijing intends to send astronauts in the future.

Lori Beth Garver, NASA's former Deputy Administrator, also told CBS News that there is no competition to reach the moon. "We won it six times, and I have no doubt that we will be back again with people before anyone else goes," she said.

Nine of the 18 are women, and one of them may be the first woman to walk on the moon. Christina Koch, who recently set the record by the longest-duration spaceflight for a woman, and Victor Glover and Kate Rubins, who are currently onboard the International Space Station, make up half of the party. The remaining astronauts are all from the 2013 and 2017 astronaut groups.